With Valve's handheld Steam, Deck will be available in December 2021. Valve is testing the operation of its Steam platform games on handhelds so that players can know which games can run on their handhelds.

Although Valve promised on the handheld website that Steam Deck is "Your Steam Library, anywhere", players are still interested in and doubtful about whether games running on computers can actually be run on handheld devices using Linux systems.

Valve released a video called "Steam Deck: Introducing Deck Verified" on YouTube, which explains in detail this certification standard specially developed for its handhelds. The standard is divided into 4 certification levels.

1. Green circle "VERIFIED":
Your game passes all compatibility checks and is a great experience on Steam Deck.

2. Yellow circle exclamation point "PLAYABLE":
Your game functions on Deck, but requires extra steps or manual work from the user.

3. Gray prohibited icon "UNSTOPPORTED":
Your game does not function on Deck due to incompatibility with Proton or specific hardware components.

4. Grey question mark "UNKNOW":
Your game hasn't been checked yet. 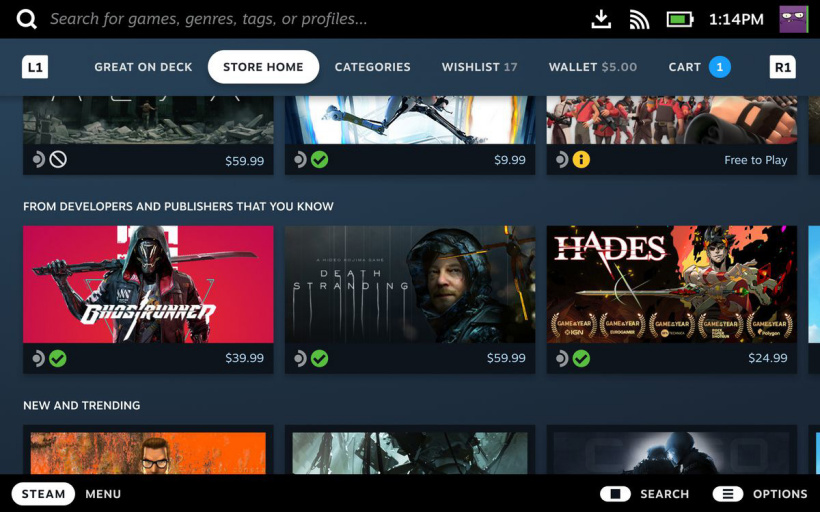 Valve also provided information for developers, explaining how developers can verify whether their games support Steam Deck handhelds and the verification steps, so anyone can submit their games for review. One thing to note is that even if developers think their game is not suitable for Steam Deck, Steam will not hide it in the built-in game store of this handheld.

Valve said: "We want to allow players to find the right game based on their specific goals and wishes, rather than completely restrict the search for some games."
You must log in or register to reply here.

Among the Sleep, Get it for Free now!