The Good
The Viewsonic PRO7827HD has very good overall image quality with superb black levels and contrast for the money. A shorter-throw lens helps it project a larger image in smaller spaces, and connectivity is the best in its class.

The Bad
Worse gaming lag and film cadence than many projectors we've tested.

The Bottom Line
Not quite the picture quality champ at its price, the Viewsonic PRO7827HD still performs well and offers excellent features for the price. 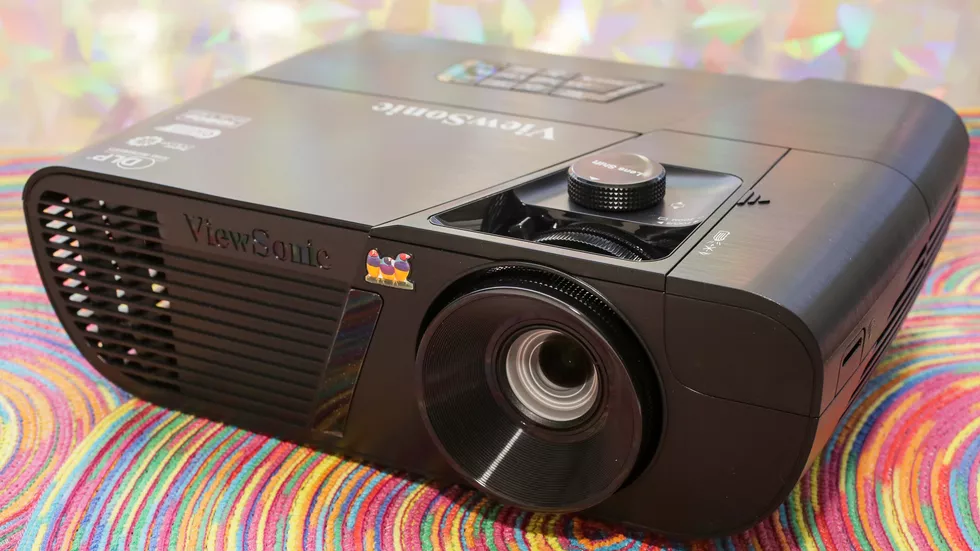 Basic specs
Higher-end home theater projectors like the PRO7827HD often have a lower light output than cheaper units, mainly because they're designed to achieve better black levels and contrast, and 2,200 lumens is typical of the breed. Like all projectors it looks best in a dark room, but it can get brighter than some competitors like the BenQ HT2050, making it a bit more versatile. That said, if you're planning on doing a lot of viewing in brighter environments, choose a cheaper, higher-lumen unit like the Viewsonic PJD7828HDL.

One step-up extra is vertical lens shift. It allows you to position the projector higher or lower relative to the screen and still get perfect geometry without having to use a keystone control (which impairs image quality). The lens can deliver a relatively short throw distance, similar to the BenQ HT2050 and the cheaper Viewsonic. The closest it could get and still fill my 120-inch test screen was 120 inches, compared to 129 inches for the Epson 2045 and 156 inches for the Optoma HD142X.

If you want to use 3D with the Viewsonic, you'll need to buy 3D glasses. The projector uses DLP Link, which should be compatible with numerous third-party glasses (starting at $25 each on Amazon) or Viewsonic's own like the PGD-350 ($50 each).

The lamp is a bit cheaper and lasts about as long as that of the BenQ2050, judging by the two projectors' specifications using their brightest default ("Normal") settings. Both units, as usual, have modes that dim the bulb and extend that lifespan.

Connectivity and convenience
Like its cheaper sibling, the Viewsonic PRO7827HD has stellar connectivity with a full complement of analog jacks and a third HDMI port hidden behind a hatch on top (below). Most projectors have only two HDMI ports.


The idea of the hidden port is to "discreetly stream multimedia content from an optional wireless dongle," and even includes a Micro-USB cable for power. The dongle costs $160, however, so you'll probably want to use another device. Both a Roku Streaming Stick and an Amazon Fire TV Stick fit fine, and even pass audio via the Viewsonic's audio output so you don't have to suffer from listening to the built-in speaker. The HDMI port is compatible with MHL as well.