Was Netflix rejected by South Korea? How was Netflix performance in the Korean market?

Since entering Korea in 2016, Netflix has attached great importance to the Korean market, and has participated in several projects by relying on the strategy of buying out distribution rights and investing in two-pronged efforts to make homemade content. Netflix's first self-made Korean drama was "My Only Love Song" in June 2017, but the drama was mediocre, with only 175 and 425 scored on Douban and IMDb. After several years of dormancy and preparatory period, Netflix ’s Korean homemade content ushered in 2019. In addition to the first season of "Kingdom", there is also the short film collection "Persona" of IU (Li Zhien), the romantic campus love drama "Because of First Love This is the first time, "Please ring if you like" and other projects have gained a good reputation.

In addition to these Netflix-led productions, Netflix also bought out the international distribution rights of many high-quality works , including the KBS drama "The Voice of Heart" (November 2016), and the SBS drama "Wanderer" (2019 September) and many other works. This year, I also bought the tvN series "Hello Mom, Goodbye!" Starring Kim Tae Hee and the JTBC explosive series "Itaewon Class". With the "two-pronged approach" strategy, the Netflix library has grown from more than 60 in 2016 to more than 300, and there is no shortage of quality products. It is not difficult to see that Netflix's penetration of the Korean content industry is increasing, and its masterpiece "Kingdom" is selected as the top ten TV dramas in 2019 by the "New York Times". Du Zi believes that the fundamental reason for the success of Kingdom is the further refinement of Netflix's "native original works" creation model -the works are led and invested by Netflix, the materials are sourced from the local, and the content is tailored to the preferences of the local audience and produced by the local production team . For example, "Kingdom" is adapted from the comic "The Kingdom of God". The ancient Korean historical background and modern zombie elements in the comics come with a mix of Eastern and Western genes. At the same time, Netflix invited a golden combination of film director Jin Chengxun (representative "Tunnel") and screenwriter Jin Enxi (representative "Signal" and "Kingdom of God") to produce.

The second season of Kingdom Eric Barmac, vice president of Netflix's International Originality Department, mentioned that at the stage of the script he could feel the imagination of Kingdom and the fusion of fantasy and history. Screenwriter Jin Enxi also said: "Since 2011, I have always wanted to write a story that explores the fear and anxiety of modern people through the fantasy stories of the Korean period. Netflix has helped me balance the fantasy and history of Kingdom. sense." In an interview, director Jin Chengxun revealed that Netflix gave him unlimited freedom of creation-at the time of writing the script, Netflix's feedback was only "what would Western culture see when they saw it", not "let you change this way" . Screenwriter Jin Enxi said that the filming time in the first season was seriously delayed and the budget was overrun, making the single cost more than 1.78 million US dollars, and the cost of the second season is as high as 17 million US dollars, but no matter what the situation, Netflix has always supported . In addition to the freedom of content, Netflix has also introduced an industrialized system of American drama processes. When each season is produced, it will be prepared for the next season, such as performing training for zombie group performances two months in advance. The standardized production process reflects the drama's "American drama bones", but "Kingdom" has not forgotten the importance of "Korean drama skin", using oriental elements such as evil spirits, traditional medicine and traditional medicine to wrap it with a rich national texture and locality. The colors are strong.

Started performing training for zombie group performances two months in advance In an interview with foreign media, the clothing designer Quan Youzhen of Kingdom said: "(The clothing team) wants to emphasize the unique beauty and exquisiteness of Hanbok, but at the same time, it will also show the daily life of the people soaked in sweat." In general, the dyeing process required for red and black is the most complicated, so it will only be seen by members of the royal family.


Royal costumes in the second season of Kingdom

In addition, the picture of "Kingdom" is extremely historically realistic. Behind it is the South Korean Ministry of Culture and Finance, allowing the team to shoot Changdeokgung Palace, Changgyeonggung Palace, Jongmyo, Seoul Museum of History (Gyeongxigong), and Jeollabukso Camp and other places. Although "Kingdom" is currently in flames, Netflix's road to South Korea was not smooth. When Netflix first entered Korea, several large production companies such as CJ E & M and SK Telecom refused to sell copyrights in order to maintain content barriers, so the Korean content on Netflix lacked Chen Keshan. It was not until 2017 that the olive branch thrown by JTBC broke this deadlock. The 600-hour work license of JTBC gradually opened up the situation for Netflix.

Similarly, Netflix and JTBC are a win-win relationship. According to the new drama observation report, the producer of the JTBC episode "Pretty Sister Who Always Eats" Ma Zhongxun said that it is precisely because of Netflix that this drama has earned huge overseas income. Indeed, half of the income of Pretty Sister comes from overseas. 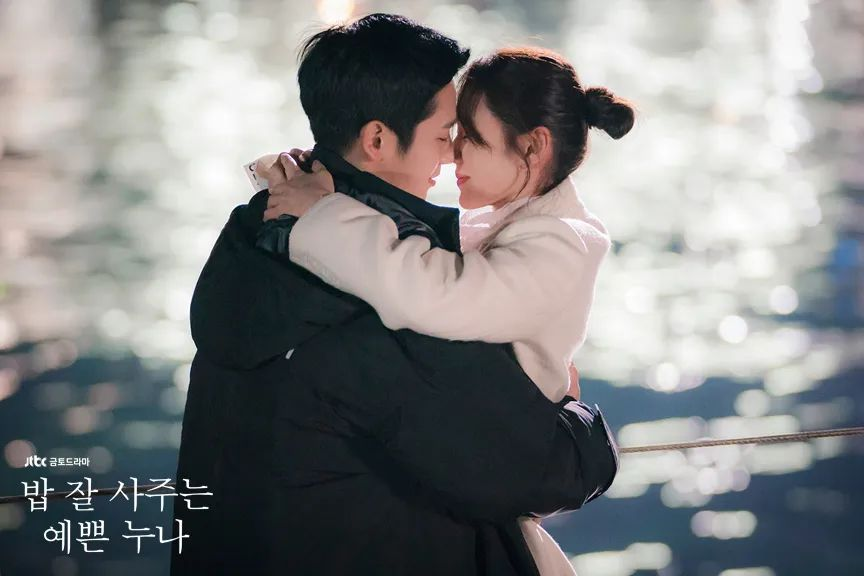 "Beautiful sister who often invites to dinner" In 2018, Netflix's global content spending was approximately US $ 13 billion, of which it was expensive in South Korea. Only one "Mr. Sunshine", Netflix invested 28 billion won (approximately 22 million US dollars) in order to be able to play simultaneously with tvN. In contrast, Oksusu, the largest streaming media platform in South Korea, spent only US $ 10 million on content in 2018.

With the shortening of the cable TV and webcast window period brought by "cashing money" and the popularity of original dramas such as "Kingdom" , as of February 2019, Netflix subscribers in South Korea reached 2.4 million. According to data from market research firm Nielsen, this number is five times the same period in 2018.

Following the wave of streaming media set off by Netflix, the attitude of the local Korean giant has finally loosened recently, and began to shake hands with Netflix-November 2019, Netflix and CJ E & M reached a three-year cooperation, adapted from the same name thrill Netman's TV series "Sweet Home" will be produced by Studio Dragon, a subsidiary of CJ E & M, and will be released and broadcast by Netflix. The play tells the story of a sedentary high school student who lives independently because of school violence.
Everything about Netflix in Korea is going well.
Last edited: Apr 17, 2020

Outside of South Korea, it is Netflix's overall ambition to enter the Asia-Pacific. In November 2018, at the Netflix Asia Pacific headquarters Singapore, a launch event called "See What's Next: Asia" announced how Netflix "cares" about Asia-Pacific users-this is the first time Netflix has held a large event in Asia. The content released by the event is almost entirely aimed at users in Asia Pacific.

Not a big fan of Korean drama
You must log in or register to reply here.