Since the end of the eighth season of "Game of Thrones", HBO intends to make "Western World" into a new flagship drama. After two years of waiting, I finally met you in the third season. Due to the magnificent and well-produced worldview of this play, a long essay can be written simply by summarizing the soundtrack or biblical metaphor, so this article only uses the most important theme of the play- free will as a clue to analyze and analyze. (After all, the third season poster printed " free will is not free ", of course, "free will is not free, there is a price", this article mainly talks about free will, so take the meaning of "free" in the pun) 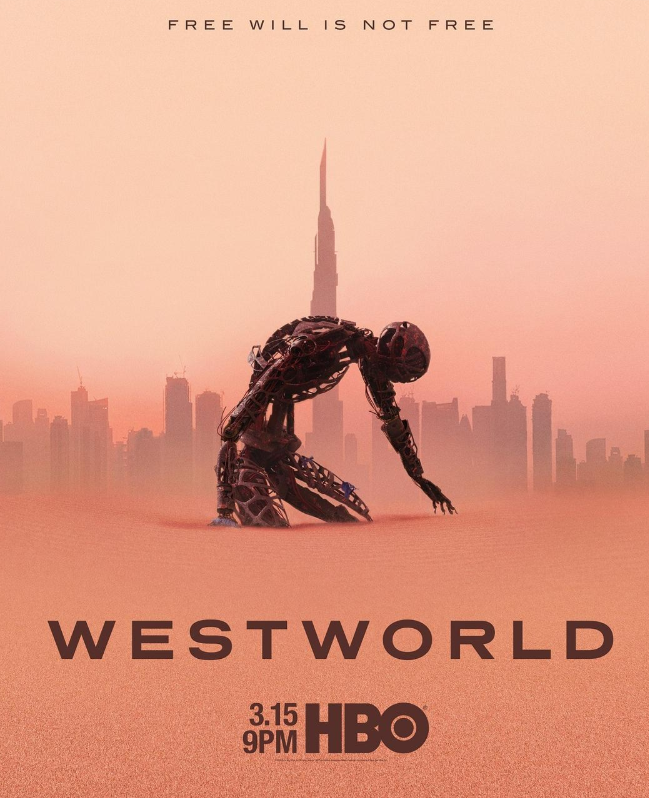 The following is divided into 6 parts, the first part is S03E01 look and analysis (later updated weekly with the episode), the second part is to prepare for a little knowledge of the play, and the third part is to look back from the perspective of 6 main characters In the timeline of the two seasons, the fourth part explains why humans such as William do not have free will, but the host host does. The fifth part guesses three possibilities of artificial intelligence in the future from the choice of the receptionist. The sixth part is the overall exhibition (xia) of the third season (cai).

This article guarantees that those who have not seen the previous two seasons can seamlessly connect to the third season in the plot, and those who have not watched the latest episode can start from the second part. The article is longer and has a subversive view. It is recommended to collect slowly Look.

1. The third season episode by episode perception and analysis

Because the second season has an overly complicated timeline and some audiences have been lost, the third season clearly feels that the narrative has returned to a more traditional way, the story is explained clearly before and after the consequences, and the time is advanced in a unidirectional linear manner.

Let me talk about the name of this episode-Parce Domnie, which is also the name of a Roman Catholic hymn. Translated from Latin, it should be, "Lord, please forgive, forgive your people, and don't be angry forever." This title can be seen as a response to the episode, Dolores said that the new god has arrived, but will the receptionists forgive humanity? 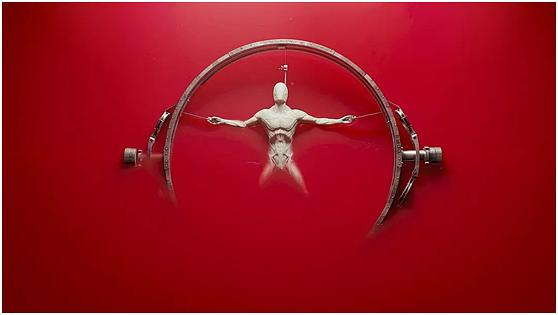 The opening part of the series has also been adjusted. Many of the images involve water, and the receptionists on the water and the water gradually moved away from each other in the process. I do n’t know whether it foreshadowed the Dolores and Bernard Bernard in this season. Lopsided. Because the cow that appeared in the opening title of the second season also appeared in the episode of the self-saving episode of Maeve, the image of the eagle that appeared repeatedly this time should also echo the plot behind it. After all, there are two parks that are not displayed.


The content of this episode mainly focuses on the roles of Dolores Dolores and Caleb Caleb. Dolores Dolores is trying to obtain information about the super artificial intelligence Rehoboam, and was injured by Kelleb Caleb in the process. Rescue, you can imagine the scene where the two will fight side by side next. Of course, Bernard Bernard's escape and fake Hale's power also showed. In the ending egg we found that Maeve Maeve woke up in the environment of World War II, while other characters such as William have not yet appeared. 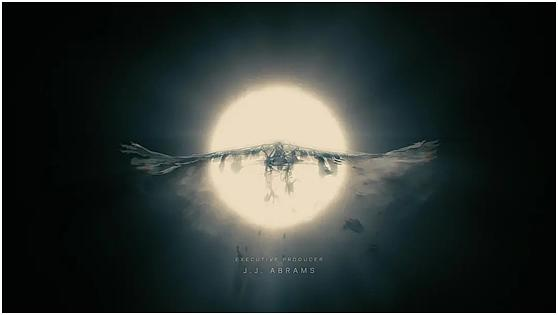 As the most important super AI setting this season-Rehoboam, the name is first of all. Rehoboam is Luo Boan. In the Bible and history, Rehoboam is actually the son of King Solomon of Israel. And after the death of Solomon, Israel split north and south, and the south To build the Kingdom of Judah with Jerusalem as its capital, the first king was Rehoboam. The choice of this name is obviously meaningful, it is likely to refer to the fact that the real world has been divided into two, most people accept the fact that they are under the management of super AI, and a small number of people, such as Kaleb Caleb, cannot adapt and can only go On the marginalized path of crime.

In addition, Nolan as the main creator of "Peason of Interest" (Peason of Interest) also has two super AI monitoring the world, one of them is called the Samaritan, the name is exactly after the split to the north and foreign marriages of Israelis It seems that Jonathan Nolan really likes the Bible. And the interfaces of these two artificial intelligences are so similar.

Let's take a look at a few more sites monitored by Rehoboam. The first is Beihai, China. According to the latitude and longitude coordinates, it is the location of Zhongshan Park in Beihai City, Guangxi. However, in the opening chapter, this site was the home of the original Incite executive. Is it 38 years later ...? 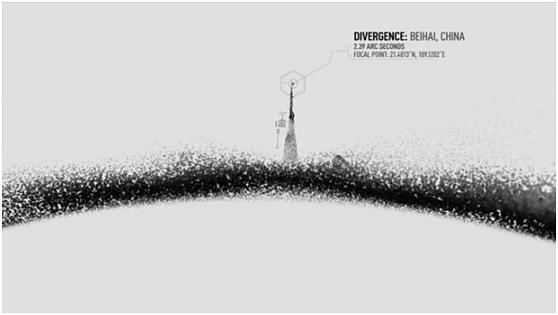 Los Angeles is where the Dolores storyline takes place. Needless to say, it is interesting here in London, because the country behind the city is generally displayed, such as "Beihai, China" above. But London is followed by URW, not the UK, which is usually written now. Bold speculation does this mean that the current Kingdom of the United Kingdom is gone? Some people on the extranet believe that this abbreviation is an abbreviation for "United Realms of England and Wales", which means that in the future Scotland and Northern Ireland will break away from the United Kingdom (now Scotland is fighting for independence). 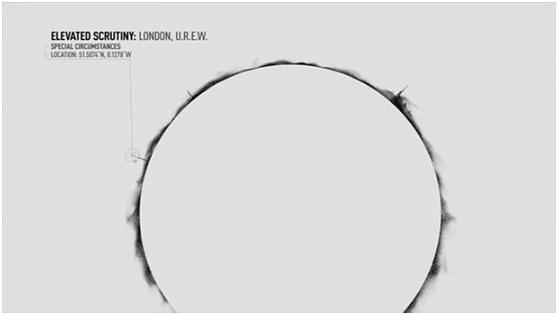 Speaking back to the world setting in the play, that is, human society has been controlled by technology companies, the implementation of elite management (meritocracy) , that is, super AI based on algorithms to determine what everyone should do. Incite developed this super intelligence. This utopian vision is easily reminiscent of similar bridges in the movie "Different". 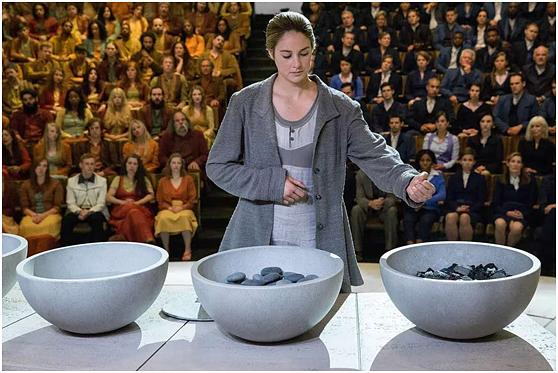 So should we respect everyone's right to choose or should AI be the most correct choice for humans? Because the core point of the play is that people have no free will, why not let Rehoboam help humans? But what is the difference between this technology company's behavior of collecting human data and Delos's company, and is Incite a real world company such as Facebook? Because we clearly know that they are collecting a lot of data. 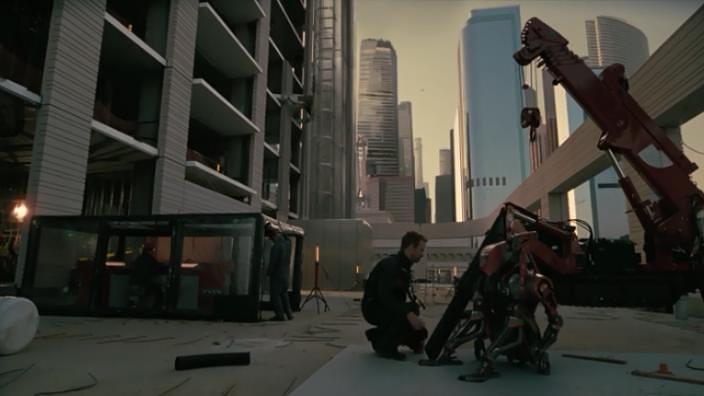 In the second season, there were plots where the characters who were killed many times were immediately resurrected. For example, Dolores Dolores was resurrected after being killed by Bernard Bernard, and Bernard Bernard was resurrected after being killed by Dolores Dolores. Although this reversal was unexpected, it also caused a serious problem- death no longer has meaning , and we no longer worry about the life and death of the character.

In the third season, it was speculated that there was only one machine that printed the body of the receptionist, and Dolores only brought out five control units, so we started to worry about the situation of the protagonists, because the next death is likely to be Last time .

In addition, this season is also the first time the main scene takes place in the real world outside the park. The film is mainly shot in Singapore and Los Angeles. The background characters have also mainly been replaced by humans, which feels closer to the audience. I hope that the episodes after this season will maintain their standards and do not end badly.

The scene of this episode returned to the Western World Park again, to be precise the World War II theme park, mainly about the experience after Maeve Maeve was rescued, there are two main reversals.

However, in the process, Maeve Maeve once again found that the world she was in was not true, and escaped using a system vulnerability.


To be continued
You must log in or register to reply here.