What is the function of the interface on the TV?

For TV beginners, there are many problems when using the TV. For example, what interfaces are there on the TV, and what do they do? Let's have a look. 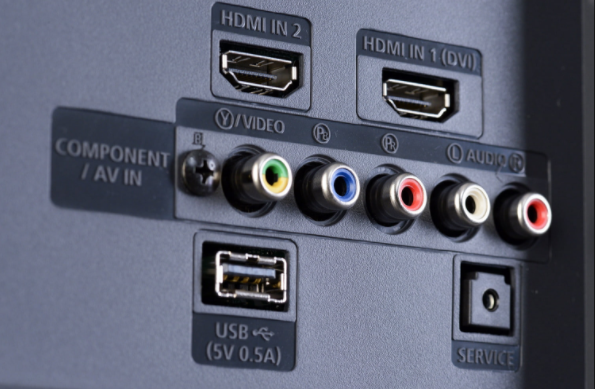 The HDMI interface can be said to be a necessary interface in the high-definition digital era. It can not only meet the resolution of Full HD 1080p, but also support digital audio formats such as DVD Audio. The HDMI-linked device can be used after plugging it in, and it can transmit as far as 15 meters, which is convenient and powerful.

Although many flat-panel TVs are equipped with USB ports, the functions that can be achieved after connecting storage devices are not the same. Some TVs only support the playback of pictures, but some can realize the playback of high-definition video and music files.

VGA (Video Graphics Array) is an interface that transmits analog signals to display devices. I believe that computer monitors are the ones that you are most exposed to. The VGA interface has been used since the era of CRT monitors and has been in use ever since.

The optical audio interface TosLink, the full name Toshiba Link, is an earlier technical standard developed and set by Toshiba, Japan. There is an Optical logo on the back panel of the audio-visual equipment. The light audio interface has absolutely optimized functions not only for images but also for audio.

DisplayPort is an interface specification approved by the Video Electronics Standards Association (VESA). DisplayPort does not require copyright fees, and aims to surpass the two interface technologies of DVI and HDMI in several areas. DisplayPort utilizes the electrical layer of PCI Express, which currently operates at 2.5Gbps, to obtain a total bandwidth of up to 10.8Gbps for four channels. DisplayPort will add support for high-definition audio signal transmission while transmitting video signals, while supporting higher resolution and refresh rate.

The AV interface can realize the separation of audio and video. It is composed of red, white, and yellow lines. The yellow line is the video transmission line, and the red and white are responsible for the sound transmission of the left and right channels.

The S-Video interface is used to separate chroma and brightness. The full name of S-Video is Separate Video, and the S-Video connection specification is a specification developed by the Japanese. S refers to "SEPARATE (separation)", which separates the output of brightness and chroma, avoiding the mutual interference of brightness and chroma when outputting mixed video signals. The S terminal is actually a five-core interface, consisting of two video luminance signals, two video chrominance signals, and a common shielding ground wire.

How to connect Roku to TV with cable box?