Who do you think is the best Chinese actor in acting?

In my opinion, Ge You might be one of the most appropriate answer to the question.

After filming "Me and My Motherland", Ning Hao said that Ge You is like a good student he met when he was a child.


When Ge You was 10 years old, Ge Cunzhuang filmed "Southern Expedition" in Beiying Factory. The troupe delivered bread. He asked his son to help him get it. Ge You blushed and dared not go.

He is too frightened.

The dare not speak loudly during class, and the loud dumbbells after class. The school rehearsed the group dumbbells. The Ge Cunzhuang couple sat in the auditorium and watched, but Ge You kept his head away from the other side, never looking at the front, and was ashamed to see his parents communicate with.

He was extremely gentle even when he was angry.

He didn't dare to drop things, at most put things such as ink bottles, pens, and notebooks that should be placed on the desk in a straight line on the ground.

Ge Cunzhuang wants to train his son into a painter. Whenever Beijing held an exhibition, he took Ge You to see it. However, Ge You lost his mind when he saw the painting.

Ge Cunzhuang also wanted his son to pull Erhu, but after six years of learning, although he could not say that it was as unpleasant as killing a chicken, he really did not make much progress.

In the spring of 1976, after graduating from high school affiliated to Beijing Medical University, Ge You joined the team of Xiangtun Brigade, Xingshou Commune, Changping County, a suburb of Beijing.

Pig farming was considered a beautiful difference at the time. Almost every day, the villagers saw Ge Youti feeding steaming barrels to the pigsty.

First pour the pig food into the trough, and skillfully call the piglets to come, pay attention to see which one has not eaten and which has eaten too much, and they cannot be squeezed together.

After more than two years of pig farming, the national college entrance examination began to resume. The Ge Cunzhuang couple suggested that Ge You also review the exam, forcing him to write an article analyzing a certain film.

As a result, Ge Youmo spent a long time without writing a word. But suddenly he wanted to be an actor. 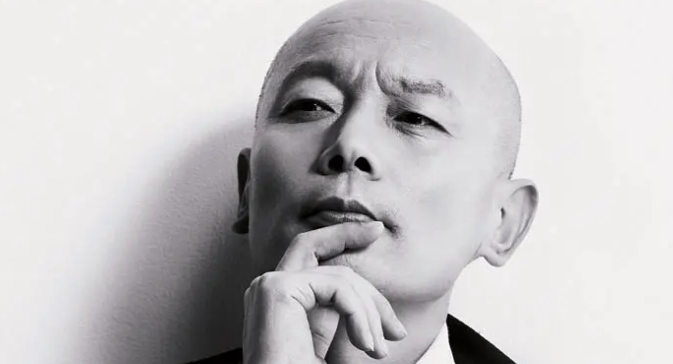 The Ge Cunzhuang couple was shocked. Disagree, but not son.

Beijing Film Academy is Ge You ’s first school. I haven't had time to show any talent, but I was brushed down just because of my appearance.

Later, Ge You went to the Beijing Youth Arts College again. The test questions are improvisation. That year, when Premier Zhou died, Ge Youxiang wanted to perform a tribute to the Prime Minister.

Before the official performance, Ge You was crying, and the exam failed again.


In fact, Ge Cunzhuang, the examiner of these schools, knew a little bit, but he just wanted his son to hit the south wall. So it didn't help at all.

After hitting Beiqing Arts, Ge You again hit the Central Academy of Drama and the Central Experimental Theater.
News came from the suburbs of Beijing. The farm trustee brought him a letter, hoping that Ge You could continue to go back to raising pigs, and the big pigs and small pigs miss him.

The night before Ge You packed up and prepared to return to the countryside. Ge Cunzhuang ’s colleague told him that the National Federation of Trade Unions ’art troupe should recruit students.

Ge You came back to the spirit instantly.

When performing the sketch "Feeding Pigs", Ge You said that there were no pigs on stage, but he was all pigs in his eyes.

In the end, he passed the exam.

Ge You runs the dragon for ten years.

In those ten years, he had a relaxed life, without any ambition to go to the star.

As far as we are concerned, it really doesn't work.

When Chen Peisi was on the stage of the Spring Festival Evening, Ge Cunzhuang secretly envied Chen Qiang. Looking at the artistic feeling of his son, Ge You didn't even touch the door of the performance. 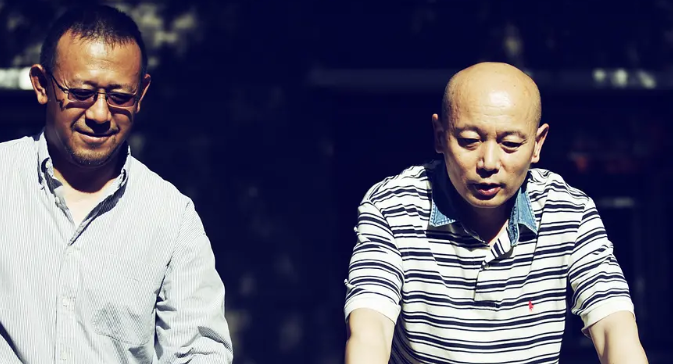 It wasn't until 1988 that the movie "The Stubborn" was broadcast. Ge You said that a bunch of crooked melons and jujubes came on the countertop.

The late performing artist Li Ding once praised Ge You as "not acting like acting". A friend told Ge Cunzhuang: Your family Ge Youzhen!
Feng Xiaogang was preparing for "The Story of the Editorial Department" at the time. After watching "The Stubborn Lord", he was shocked. Isn't this Dongbao Li?

He took Wang Shuo together to find Ge You. The three were unfamiliar with each other. Wang Shuo barely knew Ge You's residence, but he didn't know the specific house number and phone number.

Feng and Wang found Ge You's residence after a few inquiries downstairs. Knock on the door, no one should answer. Knock again, and the neighbor said, Ge You went out.

It was raining that day, and Feng Xiaogang and Wang Shuo stood downstairs and waited for nearly 2 hours. Wang Shuo pointed to a figure coming from a distance: here.

Ge You wore a brown windbreaker and a hat. She looked extremely thin and looked sick.

Raised his hand to be dull and dull, with little physical movement. The windbreaker therefore seemed overly hypertrophic and walked along, dangling.

Feng Xiaogang couldn't help laughing when he saw Ge You. The kung fu of the three people went upstairs.

Ge You's performance cannot be said to be unenthusiastic, but obviously more cautious. You laugh, he doesn't laugh. An inconsistent look.

During Feng Xiaogang's constant talk, Ge You went to the small shop downstairs to buy a package of Jinqiao cigarettes.

He is somewhat contradictory. Prior to this, another drama had been promised, and time conflicted with the story of the editorial department. But after repeated weighings, Ge You decided to star in Li Dongbao.

Feng Xiaogang recalled afterwards that Zheng Xiaolong also joked at the time that if Ge You was not in our drama, we would block him.

Ge You won the TV Golden Eagle Award for Best Actor for this play. The publishing house publishes the line of "The Story of the Editorial Department" printed book, and Wang Shuo, Feng Xiaogang and Ge You are asked to sign and sell the book.

Nowadays, Ge You basically reads more than 30 scripts every year. He wants to pick something better in his lifetime.

Sometimes, he is also cunning, the play is not unwilling to act, it is not competent.

Originally, Jiang Wen told him that he would endure hardship first while filming the movie.

Ge You is not as good as this. You have done this in your life and you have to take filming as your life.
You must log in or register to reply here.

Aug 16, 2021
Barton7
B
D
[Baidu Netdisk TV version] the latest out, finally can watch the video in the Netdisk!