Why Onward 2020 is bad? critics' words about Pixar

Pixar has set a high standard for animated movies over the last 25 years, but its latest title “Onward” isn’t quite up to par with the animation studios’ previous classics like “Toy Story,” “The Incredibles” and “Monsters Inc.”
“This may be the most generic Pixar movie to date,” Ty Burr, writer at the Boston Globe, wrote in his review of the film. “That doesn’t make it at all bad, merely average. Still, saying ‘Pixar’ and ‘average’ in the same sentence just feels wrong.” 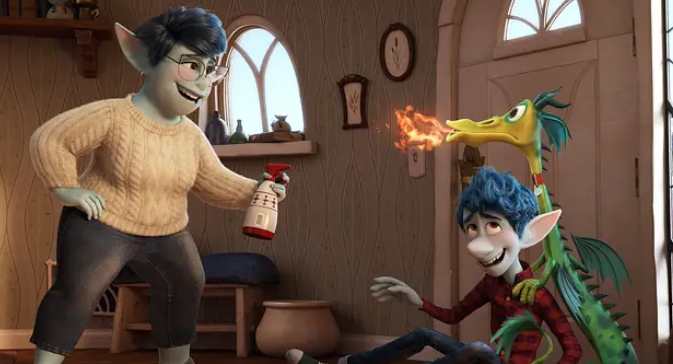 “Onward” is the tale of two elf brothers, Ian and Barley Lightfoot, who attempt to bring their late father back from the dead for a single day. And it almost works. Unfortunately, the magic spell only resurrects dad from the waist down. The pair must now go on a quest to complete the rest of the spell and, of course, hijinks ensue.
The film features Tom Holland (“Spider-Man: Far From Home”) and Chris Pratt (“Guardians of the Galaxy”) as the two brothers and Julia Louis-Dreyfus (“Veep”) as their mother.
The Dungeons & Dragons-inspired romp has been deemed “funny” and “heartwarming” even if it suffers in comparison to previous Pixar classics.
The film currently has a 86% “Fresh” rating on Rotten Tomatoes from 183 reviews, signalling that it is still a solid film from the Academy Award-winning animation studio.
“I liked the movie all right,” Michael Phillips, of the Chicago Tribune, wrote. “It’s just that ‘all right’ shouldn’t be the goal here.” 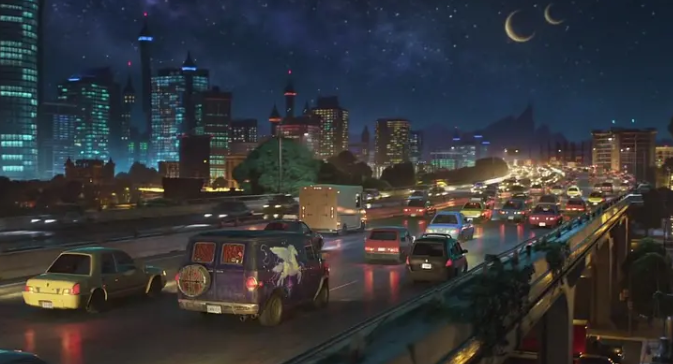 The biggest gripes from critics included the film’s “cookie-cutter story line” and that the film felt like a knock-off Pixar movie.
“There have been lesser Pixar movies before: ‘Monsters University,’ ‘Incredibles 2,’ the entire run of ’Cars,” Burr wrote. ”‘Onward’ is the first that feels like it could have been made by any other animation studio.”
Still, the overwhelming sentiment from critics is that the film is worth the price of an admission ticket.
“Look, ‘Onward’ isn’t even close to top-shelf Pixar,” Kristen Page-Kirby, wrote in her review of the film for The Washington Post. “But judging it on its own merits, it’s an often funny, genuinely moving story that takes enough twists along the way that the quest becomes a suspenseful journey.”
“Onward” is currently expected to bring in around $45 million during its domestic opening, which would be among the lowest openings for a Pixar film in the company’s history. Still, some of Pixar’s classics like “Monsters Inc,” “Toy Story,” “Ratatouille” and “Up” all debuted under $70 million.
Here’s a rundown of what critics have said of “Onward” ahead of its March 6 opening:

Peter Travers, Rolling Stone
“It’s no ‘Toy Story’ — but [Pixar’s] latest, about two elf brothers on a quest, is still worth your while,” Peter Travers, of Rolling Stone, wrote in his review of “Onward.”
Travers gave the film three-out-of-five stars, noting like many others that the flick wasn’t “up to Pixar’s usual high standards.”
Still, the bond between the two elf brothers, voiced by Holland and Pratt, that grows as they try to bring back their father “saves the day,” he wrote. It’s a “sweet-silly-slapdash tale.” 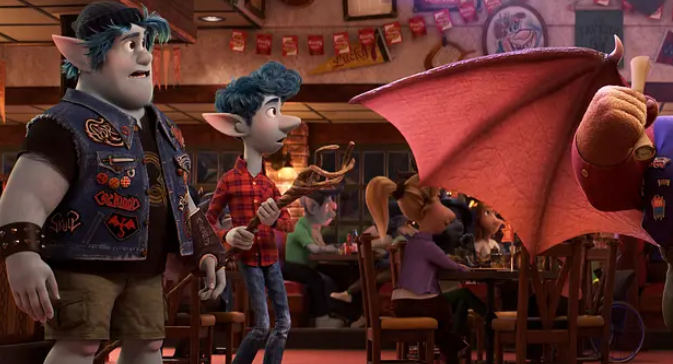 Kristen Page-Kirby, The Washington Post
It’s clear that the Disney-owned Pixar typecast its two lead actors, Holland and Pratt. Holland portrays a nervous Peter Parker type and Pratt seems to be just another variant of his slightly oafish character Andy from “Parks and Recreation.”
That wasn’t lost on Page-Kirby of The Washington Post, who said Ian and Barley Lightfoot “are tropes, not fully formed characters.”
Even the first half hour of the film seems bogged down and generic. However, as the film moves along, moviegoers will begin to care more about the characters and their journey.
″‘Onward’s’ biggest handicap may, ironically, be its pedigree, which means that it will inevitably be compared with some of the greatest animated films — some of the greatest films, period — of modern cinema,” Page-Kirby wrote. “And yet, even though it starts with hesitant steps and hits some roadblocks along the way, ‘Onward’ is ultimately a trip worth taking.”
Page-Kirby gave the film three stars out of four

Burr criticized “Onward” for “lacking in the Pixar touch — that extra oomph of wit, invention, creative craziness, darkness, depth of feeling, whatever, that makes the company’s products among the very few items manufactured for children in our sold-out popular culture to not feel like products.”

Still, the animated feature is worth the trip to the cinema, he said. While the film is a bit forgettable when compared to Pixar’s litany of accolade-adorned movies, it’s still fun. Burr noted that the funniest piece of the “Onward” was the slapstick moments that involved Mr. Lightfoot, the mobile pair of trousers, who totters and bobbles around each scene.
“Should you take the kids? Of course,” Burr wrote. “They’ll have a perfectly nice time, and maybe the boys will stop giving each other noogies for a bit. What they won’t do, most likely, is remember ‘Onward’ after a week or two, and that is a sea change. How ironic that the Pixar film about magic turns out to be the least magical of all.”
Burr gave the film two-out-of-four stars. 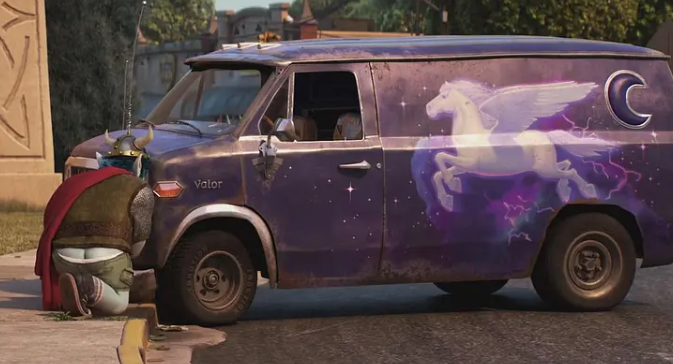 Similarly for Richard Roeper of the Chicago Sun-Times, “Onward” had an intriguing and promising premise, but didn’t quite flesh out story in an inspired way.
″‘Onward’ is the 22nd film from Pixar. Out of those 22, I would rank it ... 22nd,” he wrote of the film.
He gave the film two-stars-out-of-four, noting that the plot of the film was too basic and familiar for adult audiences and just a little too weird and existential for kids.


“Put it this way: Do YOU want to explain to your kids why, for most of the movie, two brothers are dragging around the bottom half of their dead dad, who has re-materialized from the waist down and communicates with the boys with his feet?” Roeper wrote.
For Roeper, the animation was “gorgeous,” but doesn’t quite match up to more “breathtakingly beautiful” films like “Coco,” “Finding Nemo” and “Up.”
Additionally, he wished that Pixar had spent more time with Officer Spector, the first openly gay character in the Pixar universe. Spector, voiced by Lena Waithe, is a lesbian cop, who is also a purple cyclops unicorn.
“It’s a shame we don’t see more of this engaging, funny and warm character in the story,” he wrote.
You must log in or register to reply here.