Why the New Grudge US Version is not as good as the Japanese one?

The director of this movie changed the mantras a little bit differently, and the plot is nothing new. It is not as good as the American version of the mantras.

The movie is still an idiomatic plot that imitates Japan ’s original version of the curse. An American woman brought the curse back to the United States in Japan, and then wiped out the whole family in her own house.

Later, the house agency couple, the old couple, the euthanasia affairs aunt and the policewoman all contacted the house one after another. A story of being killed by a grudge.

The narrative technique of the film can be seen as imitating the Japanese version. Several character stories are interspersed with flashbacks, but the whole is still quite tasteless. Moreover, the imagination of Lao Mei is peculiar enough. Japanese ghosts became American ghosts when they ran to the United States.

It turns out that ghosts can also mutate according to different regions like viruses. In other words, the director has Americanized this contagious complaint. The curse he understands is just an evil curse that controls people's behavior and thoughts, but it is not known that most fans of curse still like the ghost images of Gagosian and Junxiong. 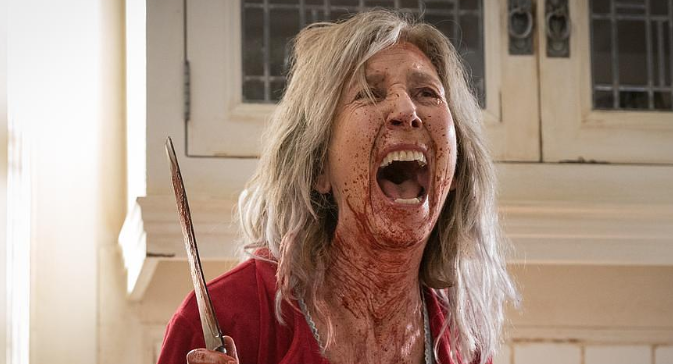 However, in this part In the movie, Jia coconut just made a guest appearance and never appeared again. Japanese coconut palm is a white-faced female ghost with a white shawl that can only crawl. When it comes to the United States, it becomes a blood-stained and vomit-filled face with American characteristics, and a mouth is a disgusting version of a female ghost with flies flying all over.

This shows that the electric director is localized. A curse. However, the movie still retains the classic cry of Gamma coconut, but the sound of Gamma coconut is because of the sound of the neck that was broken when he died. People have traced the source, and the little girl in the movie was drowned by water. She Mom stabbed herself to death with a knife, and the two of them even called it after they turned into ghosts. That makes no sense, so there are too many bugs in this movie. It's a bit embarrassing to label the new curse just by relying on the classic cry of Gamma. And those scary scenes are also typical American horror film idioms.

For example, the black water in the bath stretches out ghost hands. This scene has been smashed before. You do n’t need to watch the audience to know what will happen next. ? However, for viewers who do not understand the curse series or the iron powder, this horror movie is still worth watching, with ample sense of eerie and fright.

My understanding is that my mother killed her daughter, and the daughter formed a new grudge, and then it has nothing to do with Japan. Unlike the third part, which was reborn in the United States, it is still the coconut palm mother and child. Was it a bathtub? I might have broken my neck at that time. I also forgot to watch fast forward, but this shot was really disappointing. I really should n’t have taken such a bad shot. In the end, I did n’t feel anything at all
You must log in or register to reply here.