Why Waterloo Bridge is so Popular in Asia especially in China

Waterloo Bridge is a classical film that won the hearts of a lot of Chinese audience. All of it is romantic, tender, charming---with an Anna Karenina-like ending after a surprising twist--- and it has become one of the greatest tear-jerkers of the 40’e68a847a6431333236386131s. With its tragic plot, truly remarkable performance of the actors and actresses and beautiful romance, this bittersweet love story moved a lot of Chinese audiences. The tragic plot, the blind and crazy love between the doomed lovers, the hardship that the heroine had went through, the banal and old fashioned ideas and the good luck charm give Chinese audiences a deep impression and play to Chines sympathy. 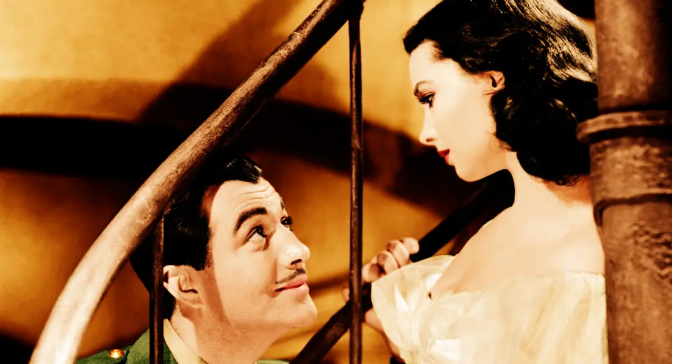 In many chinese’s view, it’s honorable for one to die in the name of love, which may be imcomprehensible for some Americans, as in a lot of classical Chinese love tales, such as Liang Zhu, the lovers would die for each other. It’s almost the same case as in Titanic that Jack asks Rose to promise to “never give up no matter what happens, no matter how hopeless, promise me now and never let go of that promise!" and he gives up the chance to live to save his beloved Rose which was also well known in China. In Waterloo Bridge, Myra decides to kill herself to save Roy from himself, realizing that she might ruin Roy’s fame.

? Blind love and true loveLove is the eternal topic for not only Chinese audience but also all the humankind. It is aknowledged by most of the Chinese that love is blind which happened along with this story. First sight love is always believed to be blind love. And, love should be blind. When Roy’s and Myra’s eyes met it took no time at all for their hearts to feel the loving call. Dating on the first night, Roy praises the ballet while Myra said that Madame didn’t think so. Roy argues that “experts never know - it takes outsiders to know, and I tell you, it was beautiful.”. At this moment, it is revealed that Roy has fallen deeply in love with Myra. As war changes all the rule, makes people---as Roy says---more intensely alive, it may not be incomprehensible that they decided to marry just on the second day. This lightning courtship rings utterly true in every glance or smile that passes between them. Their enthusiasm impressed or even us a lot.

Blind love can be true love. When Roy suggests that they get married, Myra hesitates that, “ but you don't know me!” Roy promises, “I'll discover you; spend the rest of my life doing it.” That’s the most romantic proposal in the world. Years later when Myra meets Roy again at the statition, she tries to wipe off her lipstick when Roy goes to make a phone call, and the shame spills out from the screen. Her heart is bleeding for if only she knew Roy’s still alive, how could she take the profession of prostitution? She protests that, “I loved you, I’ve never loved anyone else.I never shall, that’s the truth,Roy, I never shall.” As a saying goes that love’s tongue is in the eyes, through their eyes and motions, we can feel their deep love which connects their hearts tightly. It’s the deep and pure love that moves Chinese audience.? To languish in povertyAfter Roy left, Maya loses her job because she goes to see Roy off instead of going to the ballet. She could not pay for food and the rent of the house. However, she keeps the roses sent from Roy which Kitty suggests to sell for some food. Then she collects money to get dressed to meet Roy’s mother properlly in the tea room and never asks Roy or his mother for financial help, though she really needs help, because she has “got a stupid sort of pride about it” and fears that Roy would worry about her. Her pride agrees with the view of most of the Chinese females, that one as a woman should withstand all the sufferings alone for her lover’s sake, even in the trough of life. This is something like a herione in Chinese history---Fan Lihua who went through a lot of difficulties to win Xue Dingshan’s love. 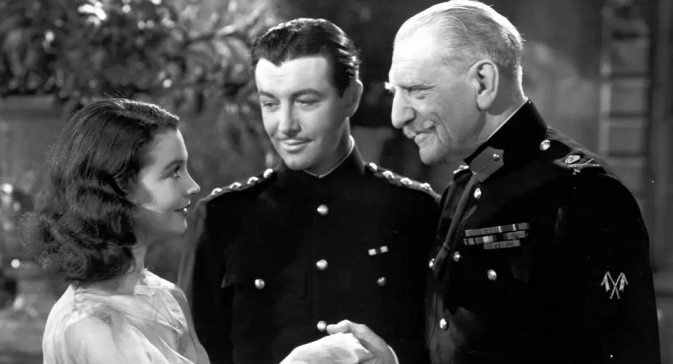 Banal and old fashioned ideasIt’s certain that it’s the banal and old fashioned ideas that are the cause of the downfall of Myra in the film. At that time in England, it’s not acceptable for a aristocrat to marry a commoner, let alone that Myra was a prostitute. When Roy asks for Duke’s consent to marriage, Duke asks instantly “who is the girl？”“Lester, do I know them？”“does your mother know her？ In their casual talks reveals the caste consiousness of aristocracy. When Roy introduces Myra to the relatives in Coronin House, some of the aristocrats mutters secretly, “these Cronin men were always attracted by girls who undress in public.” Roy’ uncle, the Duke who is more liberal, comments about other relatives that “they are good people, mind you. Kind people--- but they are old fashioned and rather limited in their social ideas.” When swanking his emblem to Myra, he says “that badge is never going to suffer at your hands. If I weren’t sure of that, I wouldn’t welcome you as I do now”. It’s this very remark that hurts Myra who thinkst herself has communeded with Roy’s family and would have the chance to begin a new life. It’s obvious that once the prostitution of Myra is discovered by others, the reputation of Roy and his family will inevitablely crumble away which Myra is unwilling to see, thus the only choice for her is to run away, permanently. 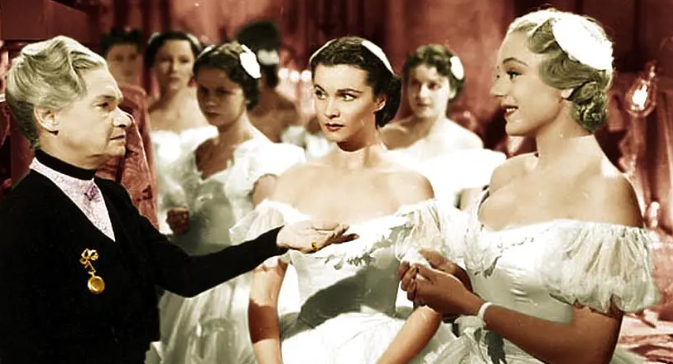 It’s for sure that the hero and heroine is destroyed because of the power of a pervasive, yet false, moral belief: the belief that a prostitute is tainted, unfit for marraige, love, life itself. Taken this way the story is a social tragedy. The Banal and old fashioned ideas again agree with the false moral belief in a lot of Chinese love stories that are known to every family, such as A Dream in Red Mansions(The Story of the Stone), The Romance of West Chamber and The Peony Pavilion.

Poetically transcribed as Hun Duan Nan Qiao in Chinese, being short in form but rich in meaning, having its own cultural, linguistic, aesthetic features, it is a soul-stirring love classic and it’s more successful in China than perhaps anywhere else in the world. Closely corresponding with the moral code and aesthetic of the Oriental, Waterloo Bridge still keeps a high statu in China until nowadays.

thx for the article
You must log in or register to reply here.