Why would I never watch “I Spit On Your Grave” ever again ?

I had a really creepy boyfriend back in high school. There’s much, much, much more to that story, but that’s not relevant to this answer. What is relevant, however, is his love of movies. At the time, I was all into horror movies, and so we’d often watch horror movies together.

We went to the local Walmart and picked up “I Spit On Your Grave” from the RedBox. How the hell did RedBox get “I Spit On Your Grave” as one of the titles it offered, I will never know. Anyway, it was in the horror category, and he had seen it before and recommended it. So we picked it up and went back to his house to watch it. 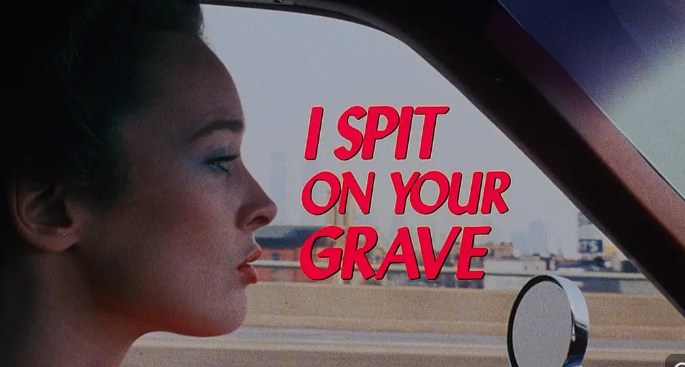 I… Oh… What… What the actual fuck.

For those innocent fluffs who haven’t seen this movie, let me sum it up for you so that you never have to subject yourself to this monstrosity. And for those innocenter fluffs who don’t want their innocence to be marred, please skip past the italicized text.

The first third of the movie centers around this group of men who kidnap, torture, and rape a young woman. And none of this “off-screen” nonsense. It’s all graphic and in-your-face without earning itself a triple-X rating. The first third ends with the young woman, clearly traumatized and pushed to insanity, wanders through a forest with the men behind her, jeering at her and laughing at her, and she walks off a bridge strung over a fjord. They assume she died, because who can survive a fall like that?

The second third of this movie, the men start finding evidence that the woman is alive. Her shoe shows up at the doorstep of one of the men. They think it’s a practical joke, but their paranoia mounts.

The last third of the movie consists of the woman hunting down and viciously murdering all of the men in creatively horrifying ways. She drowns one in lye, she ties another to a tree and mutilates his face so crows will come eat him, she hangs another by his wrists from a rafter, pulls out his teeth with pliers, and chops off his manhood and stuffs it into his mouth. It’s graphic and bloody and horrifying.

Yeah. That boyfriend and I didn’t stay together much longer after that. The fact that he saw the movie before and wanted me to watch it too disturbed me, plus the fact that while I was hiding my eyes for more than half the movie in horror and disgust and fear, he never even flinched. This was at least seven years ago, and this movie still haunts me.

I spit on this movie.

I had an ex girlfriend who talked me into watching it. I thought maybe it would be worth it once she comes back and gets revenge. I couldn't make it that far. I like bloody violent movies…but they just show rape over and over. I had to walk out
You must log in or register to reply here.