Purchasing a projector screen or not is always a question for techies who have great enthusiasm for projectors. There are a variety of projector screens available in the market, sold at prices ranging from $25 to $9999 or more. So it’s of great challenge to pick the most cost-effective one among thousands of choices. Today I choose a piece of affordable anti-light projector screen in gray for the review.

First of all, let’s take a quick look at the appearance of this projector screen. Most of the anti-light projector screens are designed in gray, which offers gray or even black visual effect based on the angle or ambient light. Below is a picture of how it looks at different angles and in various lighting conditions. 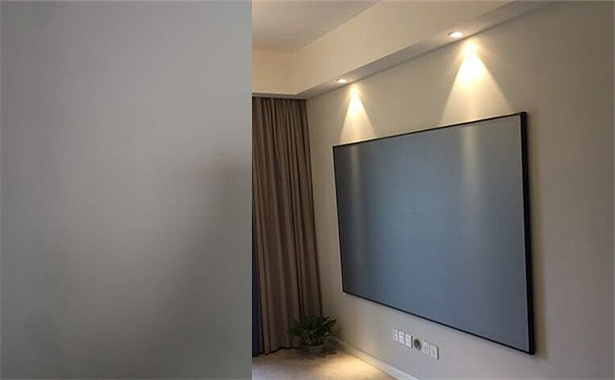 The working principle of anti-light projector screen is very simple. It focuses the projected light on the viewer's direction, while the light coming from other directions is either absorbed or not reflected, thus reducing stray light interference and improving the efficiency and visual effects of the projection in high light environment.

Due to different angles of light projection, there are some distinction between the final effects from long throw and ultra short throw projectors. While ultra short throw projectors project pictures from the bottom and the screen only needs to reflect those light into viewers’ eyes, we’ve found the Fresnel optical screens rank highest on the list, providing excellent resistance against the light from the above and sides. Moreover, the black grille adopts prisms in black and white, one for absorbing parasitic light and another for reflecting projection light, which offers better interference on the light from the above than the one from both sides. These two screens belong to screen with orientation reflex. 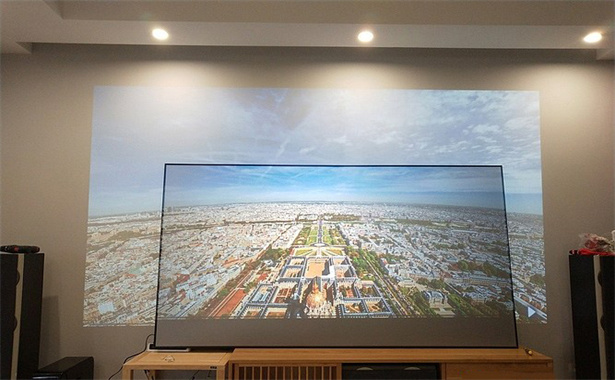 As for traditional long throw projectors, whether it’s mounted on ceiling or desktop, the absorbance and reflection could not be achieved only through the special optical lens due to the limited angle of projection on the screen. Instead, it needs the assistance from the optical coating, which helps absorb ambient interference light and reflect the projection light from the obverse side. In this case, we’re talking about projector screens with omnidirectional reflection, which will be used for today’s review.

Delivering multi-layers and micro-structure, as well as 1.2 transmission gain, the projector screen requires 500+ ANSI lumens when the projection angle is 160 degrees.

Now we will take this projector screen and white wall for a test on the projection effect. All images are taken by myself in the real-life conditions. 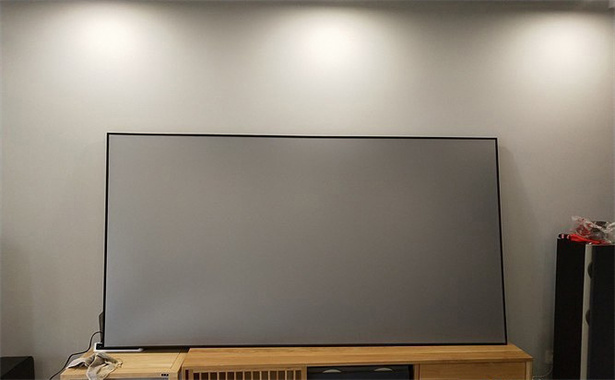 Do I Need a Clear Projector Screen?
Now it’s 4p.m. and we’ll test it and see the final effects in the light. It’s very obvious when comparing the anti-light screen and white wall. The anti-light projector screen delivers much better visual effects than the white wall, no matter in the aspect of colors, contrast or details.

The images are for testing the visual angle. When I was watching the screen from the center, the picture quality will not be affected at all. But when it’s at the 30 degrees, the pictures at the right go black and dark. And you’ll find the visual effect is almost terrible when the angle is 5-10 degrees. 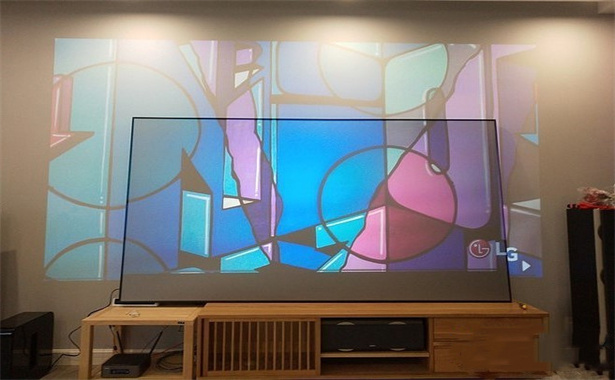 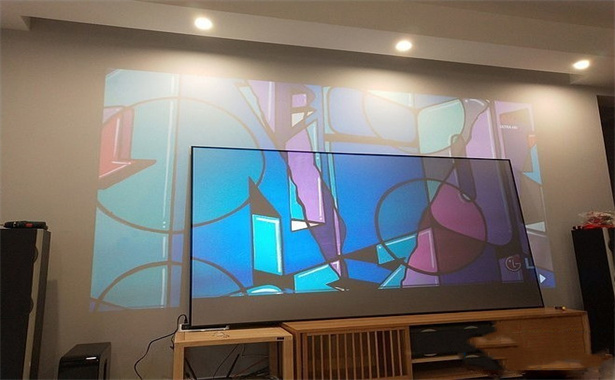 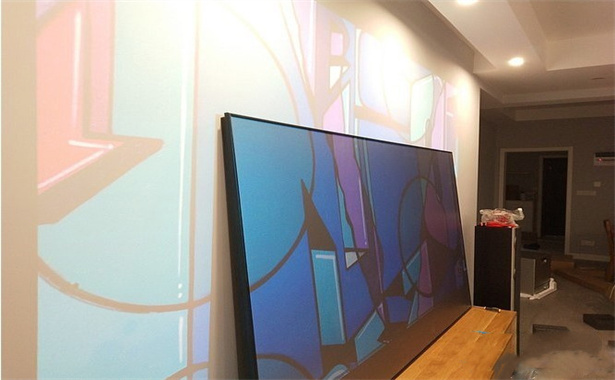 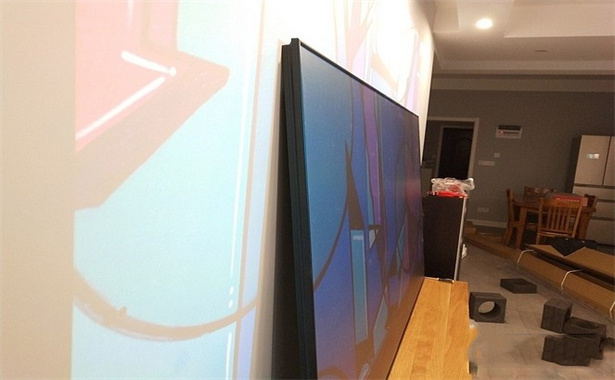 Okay, now we’ll check it out in the darkness. Turn all lights off and now it’s half past four in the afternoon. It’s bright outside but a little bit dim in the room. The wall performs well when it’s darker. However, the anti-light projector screen delivers greater brightness and color saturation thanks to its high transmission gain. That is it for today’s review. Leave a comment if you have any ideas or question. 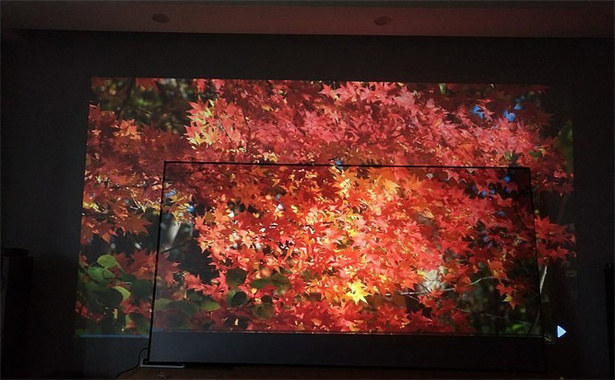 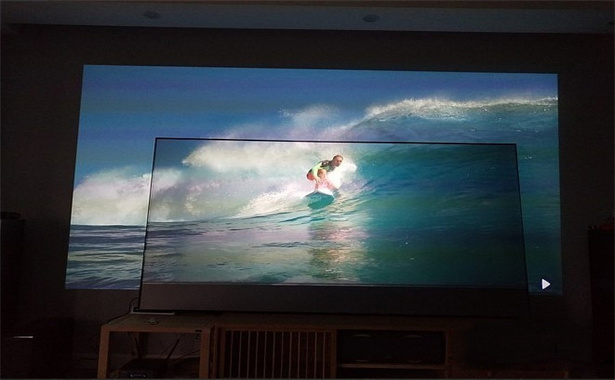 Gone are the days when a standard screen was the only choice! I use my white wall for the projection daily. 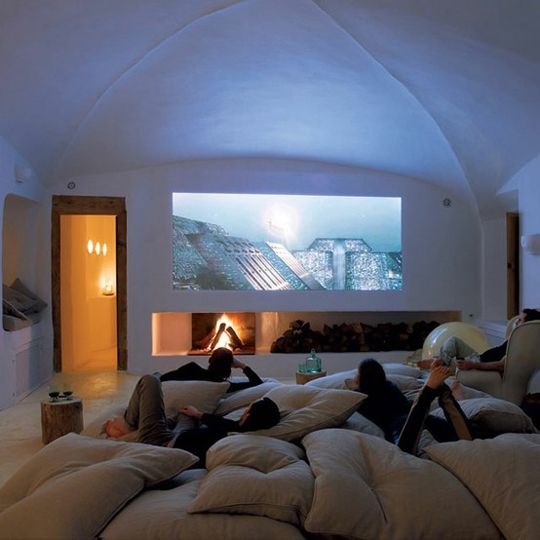 The screen has optical coatings that enhance the reflection while white wall doesn't. Obviously the screen wins!
A

The screen gives better image quality for sure.
W

wheelee said:
Daylight viewing ALR screen wins But i ditched my retractable screen to my painted wall during night viewing
Click to expand...

What ALR screen do you use
You must log in or register to reply here.

The importance of projector heat dissipation