Demand
The box I need should support 4K , Gigabit Ethernet, Dolby Vision , DTS X or Dolby Atmos , smooth, software can be installed directly, and could be used for 2-4 years.The next day the X96max + 4 + 32G box arrived and I started to toss.

(Sound effect)
All sound effects are output directly, but my amplifier can only light up to DTS HD 7.1 + Dolby HD7.1 .
DTS X , Dolby Atmos sound is decoded and output for the box.

(Network)
Both the 32G and 64G versions are 5G + Gigabit Ethernet ports. The signals have been tested, and the transmission speed is satisfactory. The original box is occasionally frozen , and only the 1018P of the playback software can be seen . Now each playback software is directly 4K without stutter, Douyu Blu-ray 10M .

(Bluetooth)
Bluetooth was not tested because I did n’t use it at all. However, when it comes to remote control, the built-in infrared is the garbage in the garbage. I must buy a flying squirrel. I bought two flying squirrels. One is ordinary, and the other is 33 keys. The effect is ok, but the feel and workmanship Too bad, I hope to strengthen it in the future. After all, this is something that has to be pressed dozens or hundreds of times every day. Where the box is placed, a mobile hard disk will be moved. The appearance is not mandatory.

( SMB ) I couldn't find the computer share in Kodi . I got it under a little white file manager. In the past, Kodi in Taijieli was directly found.
(Projection screen) The built-in projection screen should be connected to the wall, and it can be directly connected to the next Airpin .
(Family bucket) I ca n’t use it, so I do n’t have toss, oil pipe, Netflix I ca n’t use it personally.

( Coreelec ) I brushed this, and it started perfectly. Because I bought an X96max + 4 + 32G, it feels good, so I use it in the bedroom.
Replaced T1 in the living room with X96max + 4 + 64G . Coreelec was swiped with two useless TF cards , and both boxes started perfectly. There is only a small episode, 32G life and death can not brush out the Chinese download language, but fortunately put in the bedroom, this function will not be used. The 64G version is perfect in Chinese, and various plug-ins are installed without pressure.

( EMULEC )
I don't know why I need to brush this. From N1 , T1, many people must brush this. Don't know the necessity of this game simulator at all. I play games on PS 3, and the simulators are all FC. The arcade is full set. I don't understand why a TV box should bear so much.
(Routing device) do not understand more of a demand, and honestly put forward a router Netgear, Asus do not fragrant.

(Interface) The native interface is indeed ugly, but it is very practical. You can see it directly in the top row of playback software. No one in the family needs an interface, so I didn't feel uncomfortable and I was used to it.

Third, heat dissipation
The box has the most vomiting is its workmanship, the heat dissipation is that it is flawed, and the video has been played directly up to more than 80 before changing . Because I don't want to be a fan, I can't stand that noise, and it's not beautiful. After disassembling, I looked at the position of the chip. I bought a heat sink online. Just remove the screws on the back and directly mount the chip. Then use the original silicone grease to conduct heat to the iron sheet. The temperature drops to 60 degrees. Passive cooling. Later, bored drilled another row of holes on one side and descended 2 degrees again.
The thickness of the copper heat sink is 3.5mm , and the thickness of the aluminum heat sink is 3mm . 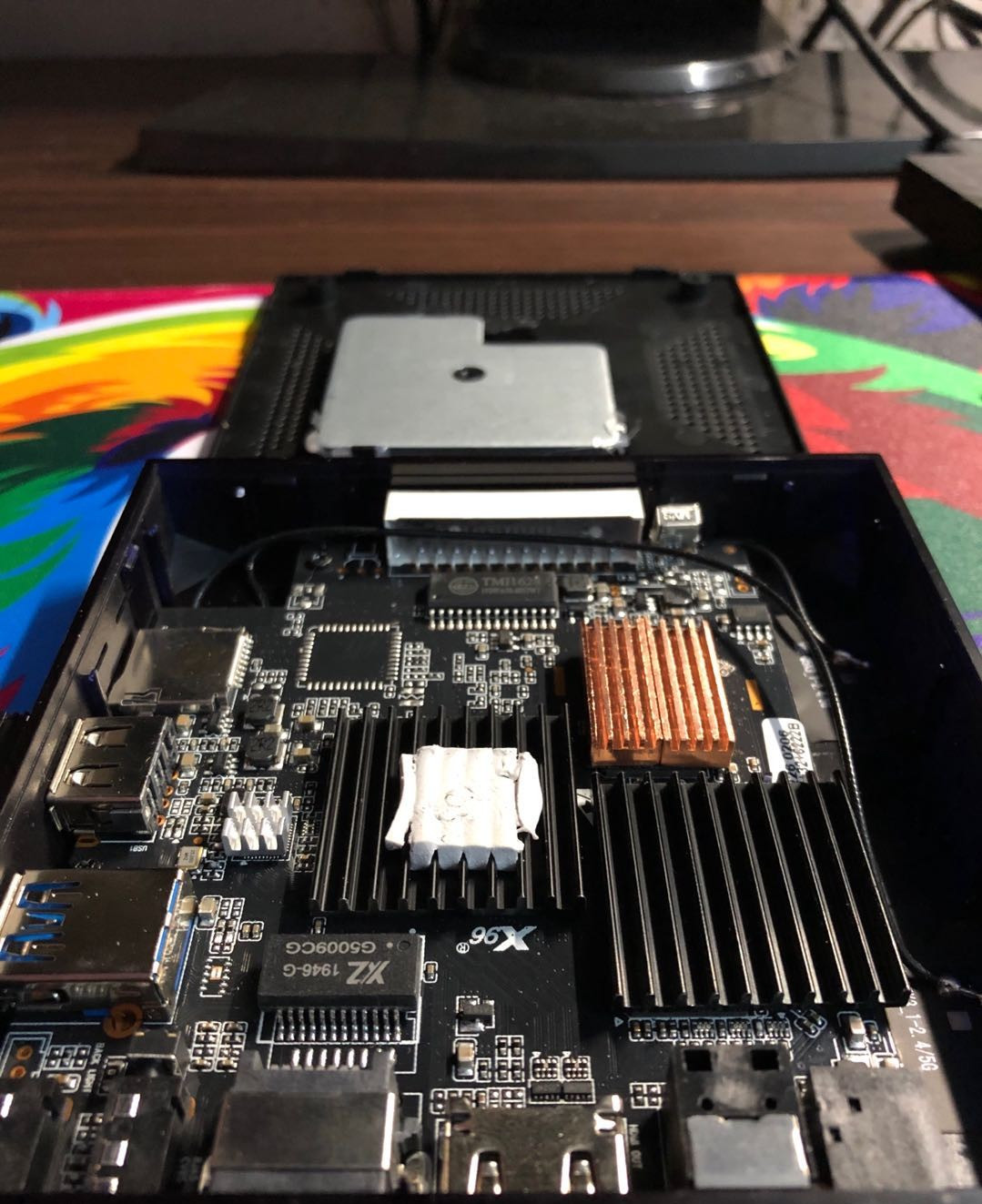 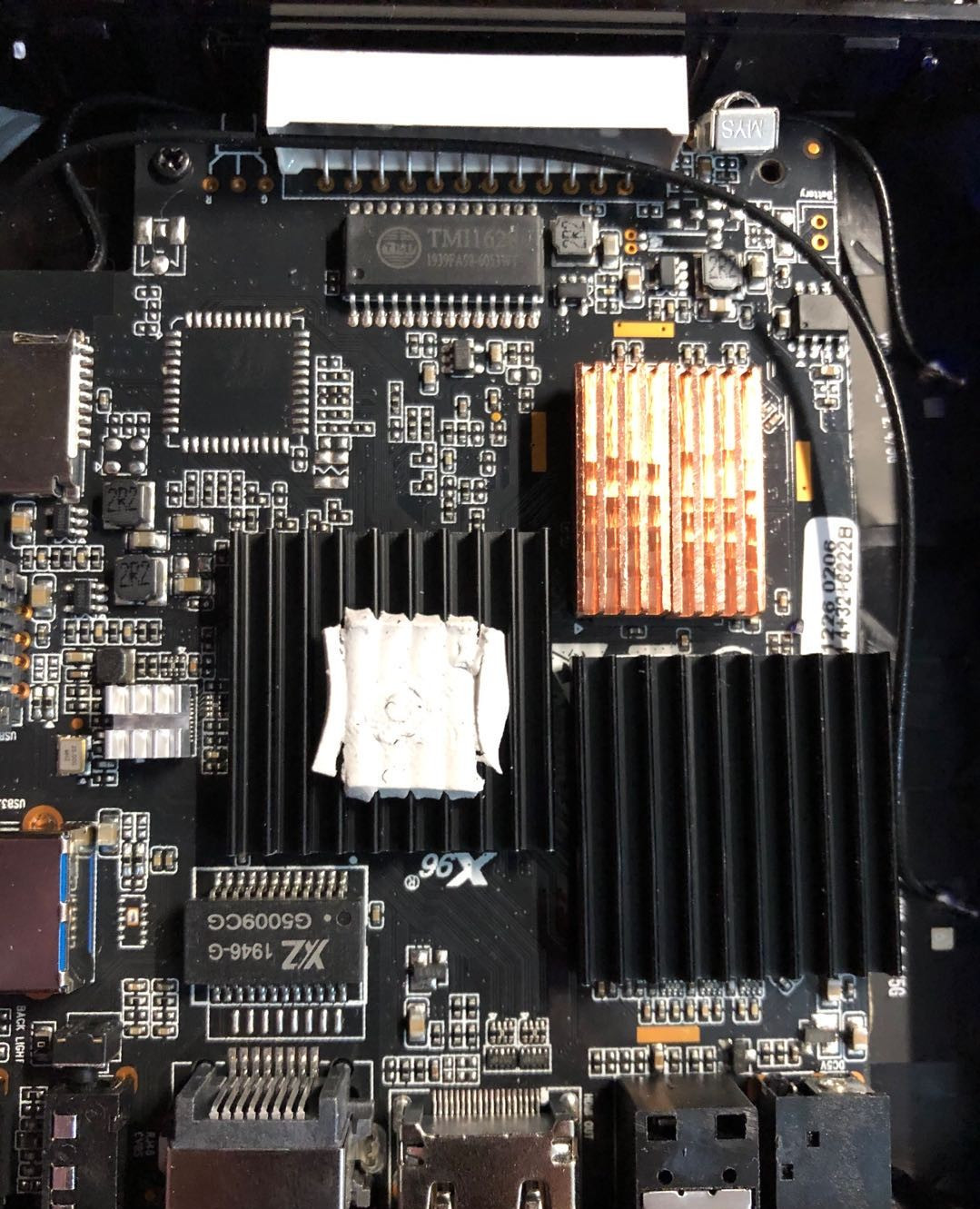 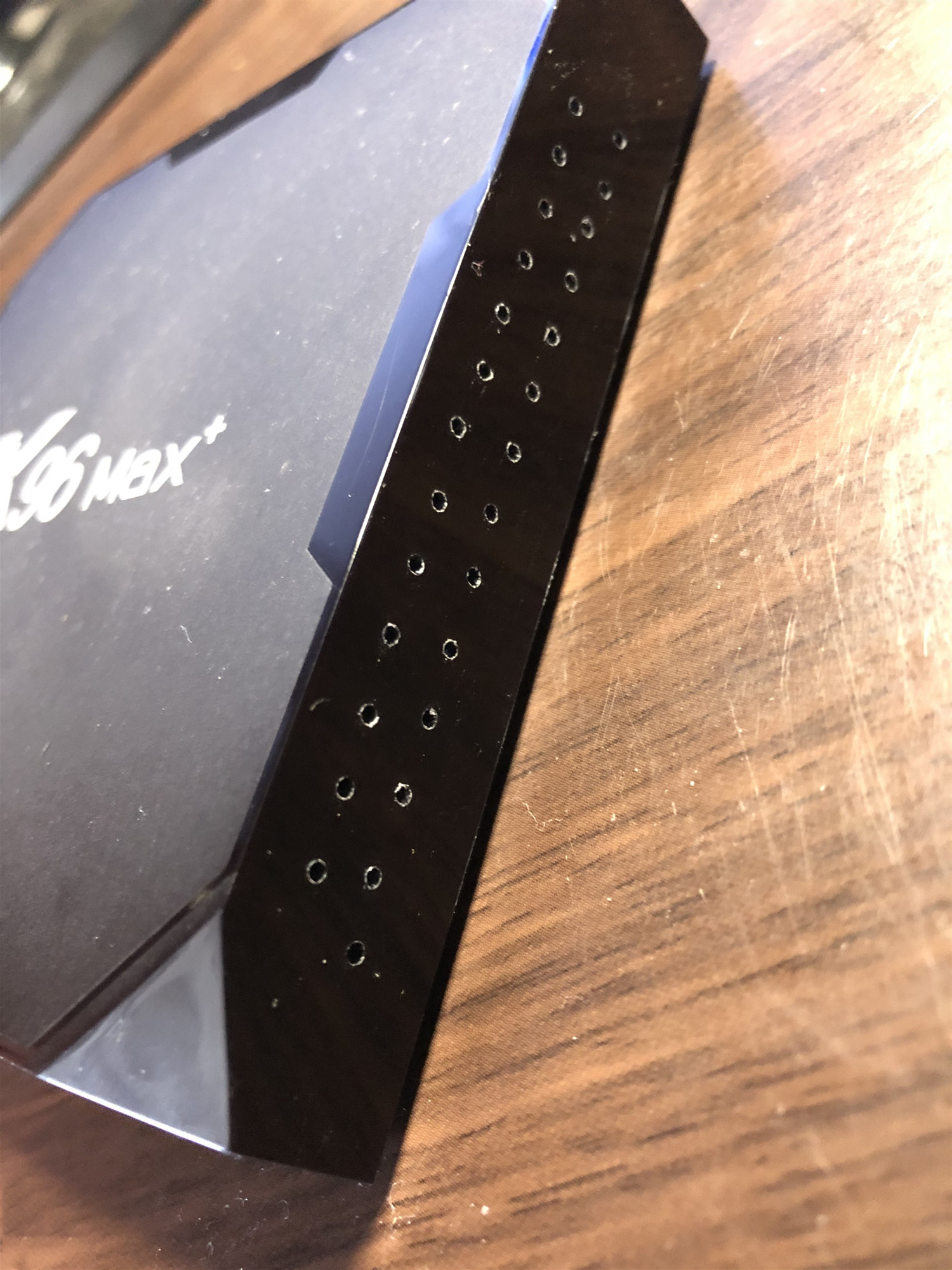 Summary
This box chip is not the strongest, but after my testing, this one is the most cost-effective. 2 the price of more than one hundred, hard solution 4K , 8K ( 8K other parameters do not support the box, can not test whether decoding). Supports Dolby Vision , DTS X , Dolby Atmos , Gigabit Ethernet port. He can play the configuration in the next 2 years, what else is needed.

I said this, I can responsibly say that the price is quite good. Personally highly recommended.
You must log in or register to reply here.

Monday at 11:00 PM
LING GUANG
L
D
[Baidu Netdisk TV version] the latest out, finally can watch the video in the Netdisk!