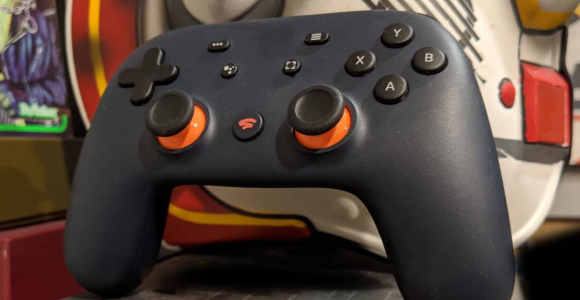 ​
The latest version of the Google cloud streaming game platform Stadia had a few bits of code that’ll soon lead to greatness. In the mix were two major feature upgrades in the form of touchscreen controls and more support for Android TV. Or any support, that is to say, since at the moment there’s… very little.

Per an APK teardown at 9to5Google, Android TV support should be in the mix in the near future. Bits can be found in the latest version of Stadia’s official app, courtesy of Google’s internal name for Android TV: Leanback.

Games that will be working on Android TV through Stadia will need to avoid using touchscreen-specific controls. That’s according to one of the code segments dug up this week. Leanback-tagged games on Stadia, those that work with Android TV devices, will need to be game controller-only.

It could take a significant amount of time for Google to launch an Android TV Stadia app, but given the banner image discovered this week in the app’s files, it would seem more likely that a launch is right on our doorstep. The Android TV home screen will more than likely have a white background-toting black-lettered orange-icon-having Stadia banner for an official Stadia app in the very near future.

Touch controls would seem like an obvious, very basic feature that every cloud-based gaming platform should have. Especially considering that Google’s Stadia works on Android devices as one of its MAIN value proposals, touchscreen controls for major games might’ve seemed like a decent bet to make for launch, but that did not happen.

Instead it was with this latest update that “Touch Gamepad” code began to appear for Google Stadia. You cannot yet use these touch controls in the app, but they may pop up soon. Cross your fingers they work as well as they suggest they might!
Last edited: Apr 17, 2020
You must log in or register to reply here.