How to choose an ultra short throw laser projector?

What is an ultra short throw laser projector?​

As the name suggests, the ultra-short throw laser projector refers to a projector with a short lens focal length and a laser as a light source, that is, a laser TV. Compared with traditional home projectors (telephoto), their main difference is that they project images of the same size and require different distances.

The throw ratio of traditional home projectors is mainly concentrated in the range of 1.2:1-0.4:1, and a distance of more than 2.5 meters is required to project a 100-inch screen. The ultra-short-throw laser projector uses an ultra-wide-angle lens with a throw ratio of <0.4, generally 0.5 meters can project a 100-inch picture, which means that it can be very close to the screen. 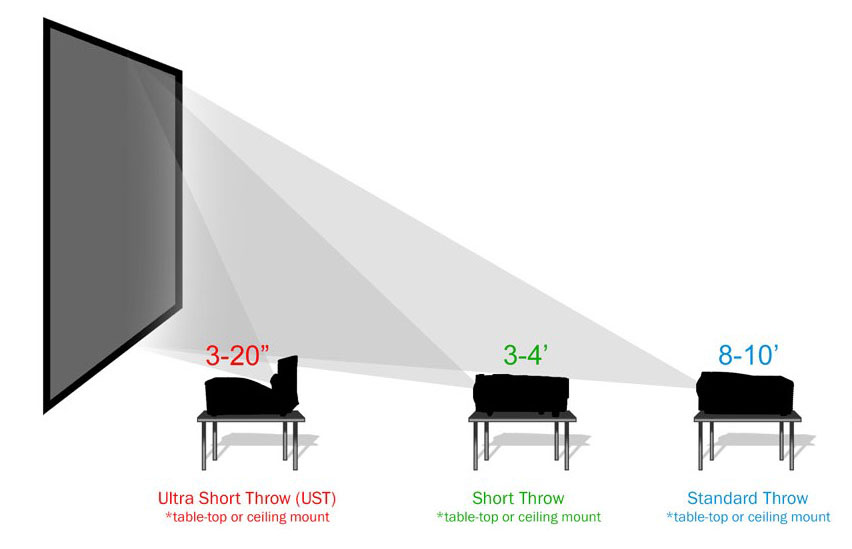 What are the pros of ultra-short throw laser projectors?​

Ultra-short-focus laser projectors use lasers as the light source, which has obvious advantages over traditional ultra-high pressure pump lamps and LED light sources. For example, the life of the laser light source can reach more than 20000h. If calculated by 8 hours per day, it can be used for 8.5 years. Secondly, the cost of the laser light source is high, and it can be replaced for a long time without a one-time investment, and the bulb machine needs to be maintained at least 4-5 times during the lifetime of the use process.

The most important thing is that due to the low attenuation characteristics of the laser light source, it can output high-brightness, color saturation and high-contrast images, some of which are even close to the TV image quality, and can be used in a living room with lights on. Because of this, many manufacturers also refer to ultra-short throw laser projectors as "laser TVs." 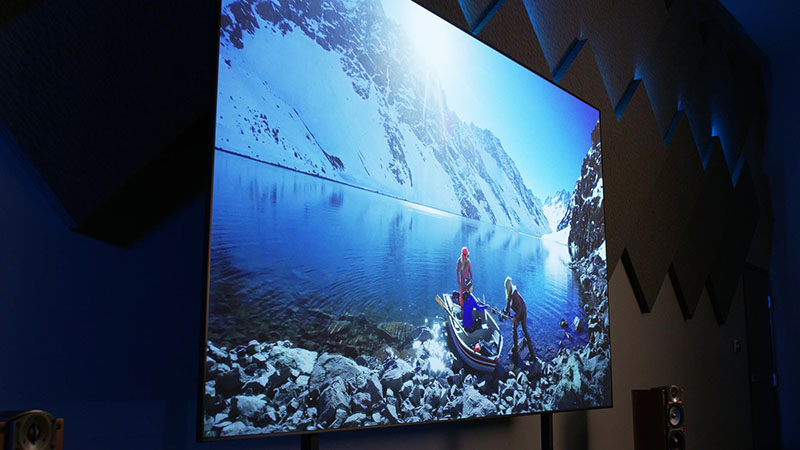 2. Not restricted by the environment, suitable for small apartment

3. Applicable and easy to place

Due to the short projection distance, the ultra-short throw laser projector can be placed a few inches away from the wall or the screen, without wiring and hoisting, saving a lot of decoration costs. In addition, when using and watching, even if someone is walking in front of the screen, it will not produce shadows to obscure the picture, and it can also avoid direct light to human eyes.

What are the cons of ultra-short throw laser projectors? 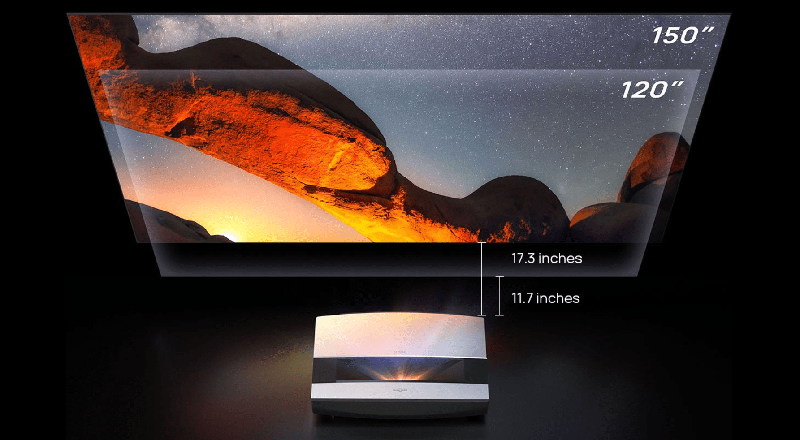 How to choose an ultra-short throw laser projector?​

1.Choose short-throw or ultra-short-throw projector according to space and budget

2. Choose the ultra-short throw laser projector according to the projection purpose

Used for chasing drama at home? Or is it to show PPT in the office? Regarding the brightness, screen, and contrast of the projector, it is recommended to choose it according to your own projection purpose.

(3) LCD chip for a still picture, DLP, COS chip for video

In addition to brightness and image contrast, the choice of projector chip also needs attention. If the projection content is mainly still images such as PPT and photos, LCD, 3LCD and other liquid crystal chips are good choices. Not only the color rendering is full, the price is also relatively close to the people, and it is convenient to control the budget.

If you want to watch movies and play games at home with a projector, DLP or LCOS chips are the most suitable. These two technologies will not cause the afterimage of the dynamic video, and the smoothness of the picture can be guaranteed even when playing large-scale games. Compared with DLP chips, LCOS has higher picture quality, but it is larger and more expensive.

If you want to equip your own private theater with a short-throw projector, a model with a resolution of at least 1280×800 and an aspect ratio of 16:10 is recommended.

Among them, WUXGA is equivalent to full HD resolution, which is especially suitable for watching movies. Many short-throw projectors also support 4K ultra-high-definition picture quality and even 3D viewing.

In addition, if you need to carry the projector out for use, models that support calibration can quickly adjust the screen size with simple settings, which is very time-saving and convenient.

The final point of choosing an ultra-short throw laser projector is to choose a projector with more input ports as much as possible. The more input ports, the more types of machines, mobile phones, ipads, and computers can be cast, which is more convenient. Basically all projectors have HDMI ports, and some models also come with USB ports and LAN ports, which are more versatile. 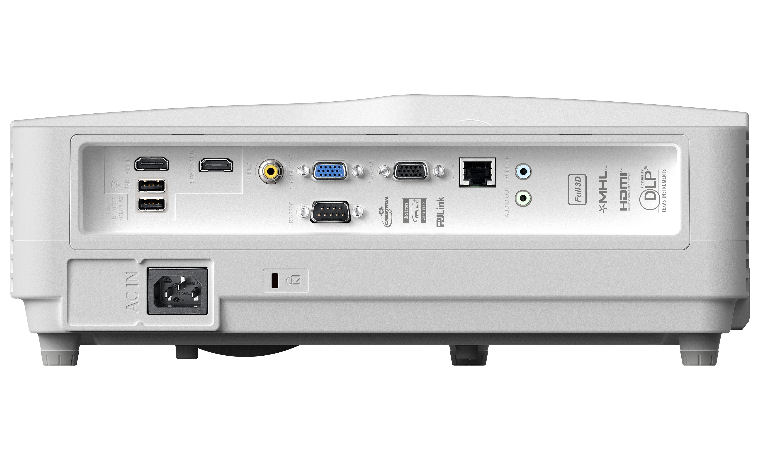 Is there any recommendation for ultra short throw laser projector?
F

Ultra-short throw laser projector is really expensive than an average projector. I can't offer it now but I really want to get one in the future!
You must log in or register to reply here.