Some users are confused by laser tv and projector, so what's their difference? Actually, laser tv is still a kind of projector.

Because of the high cost of laser light source, it is a one-time investment and you don't need to replace it in a long term, so the price is also relatively high. The projector lamp, on the other hand, needs to be replaced regularly, with the laser life as the measuring stick, during which the traditional ultra-high pressure mercury lamp maintenance times are about 4-5 times. 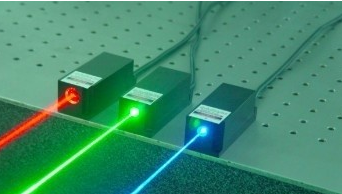 The main projection technology on the market is divided into DLP projection and LCD projection, most people do not know much about these two types of projection technology. The principle of LCD projection is to put strong light through an LCD panel, the lens hits the light onto the screen, and the image is displayed on the LCD panel. DLP is a lot of small mirrors, each small mirror control light angle to achieve different strength control, the light emitted through the lens to hit the screen, forming graphics.

Home projectors have high space requirements, and projecting larger images requires a certain projection distance to be ensured. Generally, you can get a 90" picture from 3 meters, a 100" picture from 3.5 meters, and a 120" picture from 4.2 meters, while leaving a distance of about half a meter for wiring. This distance is a bit difficult for small families who want to see a 100-inch large screen.

Laser TV can solve this problem, now the listed laser TVs use the reflective short-focus projection principle, half a meter distance can project a 100-inch screen.

Because the projector requires a long installation distance, and a good screen often uses the diffuse reflection principle to avoid direct reflection of the projection glare, so the light resistance performance are weaker.

laser tv is quite expensive
T

I see
You must log in or register to reply here.