sony LG C9 and Sony A9 OLED TV: 3 Differences In The Best Models

LG C9 and Sony A9 OLED TV which one is better? In order to enjoy a movie theater-like audio-visual experience at home, considering the current development of the TV market high-end OLED TVs such as LG C9 and Sony A9 with better picture quality and more plasticity are undoubtedly the best choice. For this reason, I want to buy a TV that can support high playback within the 3W price range. Picture-quality video, and an OLED TV that can smoothly host console games.

Why choose an OLED TV?

Compared with the traditional TV, there are many flaws. For example, under the backlight, light leakage cannot be avoided, resulting in impure colors. OLED TVs do not have these problems, but also have multiple advantages: such as the characteristics of self-illumination, the elimination of the backlight, each pixel can independently emit light and control light after power-on, and the performance of various colors is more true and full. In addition, the response speed of OLED is also far faster than that of traditional LCD TVs, especially when expressing fast motion pictures, it can be very smooth and clear, plus the chroma viewing angle and horizontal and vertical contrast viewing angles are very good, basically can maintain and the degree of restoration is higher. 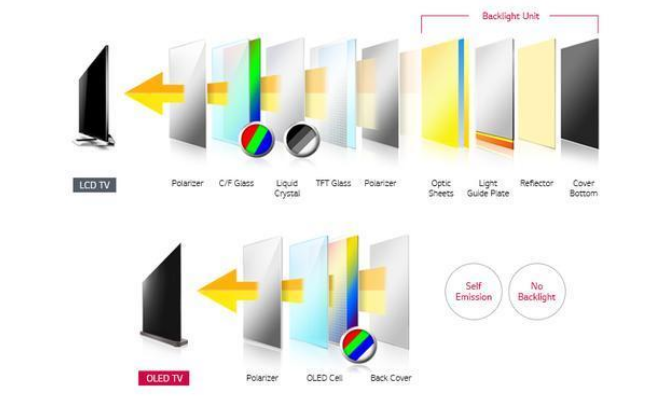 After some selection, I wandered between LG OLED65C9PCA (hereinafter referred to as LG C9) and Sony KD-65A9G (hereinafter referred to as Sony A9). After all, LG and Sony are the best in OLED TVs. As their flagship products, the two TVs have good overall quality, so how to choose between LG C9 and Sony A9 OLED TV? In order to more fully understand the difference between these two products, I did a comparative test on them, to see who these two top-level OLED TVs and the actual experience better meet my needs.

As the OLED TV, the appearance of the LG C9 and Sony A9 are relatively regular. Their design language is similar in principle. Both LG C9 and Sony A9 OLED are 65-inch large-screen TVs, which are excellent in screen ratio. . Both are ultra-thin bodies, but the LG C9 is slightly better in narrow bezels and thickness. The panel thickness is only 4.96mm, while the narrowest part of the A9G screen is about 6mm. You may not feel anything when you see the parameters, but after actually seeing it, the feeling that there is only one coin in the fuselage is too amazing. 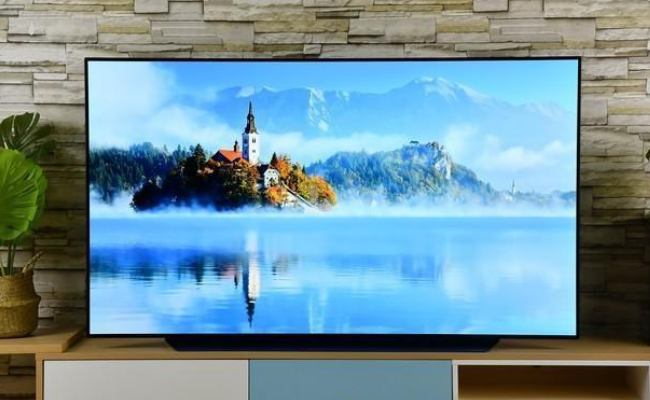 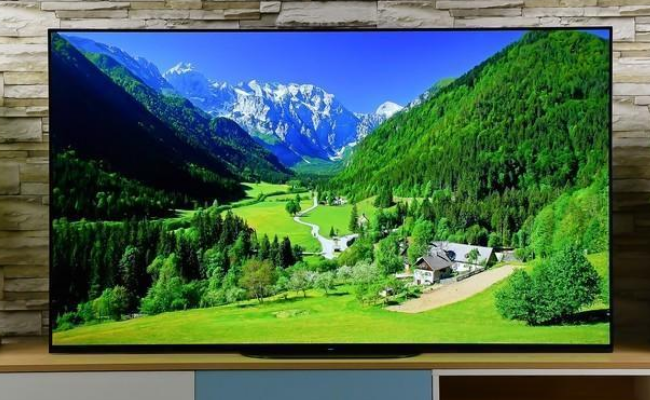 Sony KD-65A9G​
The biggest difference between the two is the design of the base. The LG C9 uses a rectangular metal base with smooth lines, simple and elegant. However, in addition to supporting the model, the base also plays a role of sound guidance, which is quite special. The Sony A9 adopts the design of an oval flat plane base, which looks wide, the height of the base is basically the same as that of the screen, which will be a little inconvenient in handling. From the appearance point of view only, the two are not much different, and can be said to be equally divided.

As mentioned above, I want a TV with good picture quality for home theater. For this reason, I also compared the video playback picture quality of these two products. When playing the same 4K HDR format video, you can feel that the playback process of both is very smooth, and the dynamic performance of the lens is also more comprehensively restored. It can be seen that both the LG C9 and Sony A9 have the paintings of the current top TV products.

LG C9 and Sony A9 OLED TVs are the most popular OLED models in 2020. To help consumers understand the current audio and video quality performance of the top OLED TV products by comparing the latest flagship models of the two brands, and how to choose when you decide to buy an OLED TV. For the... 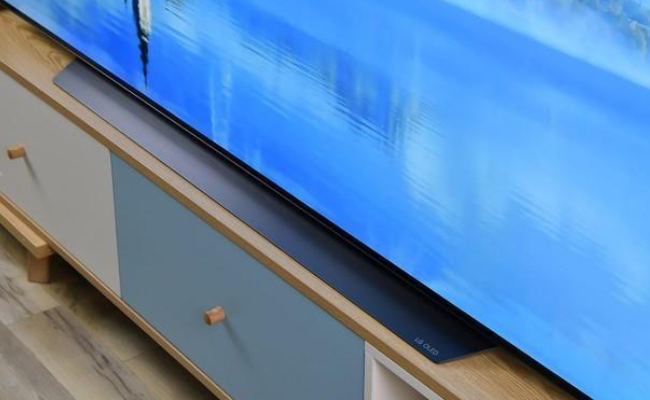 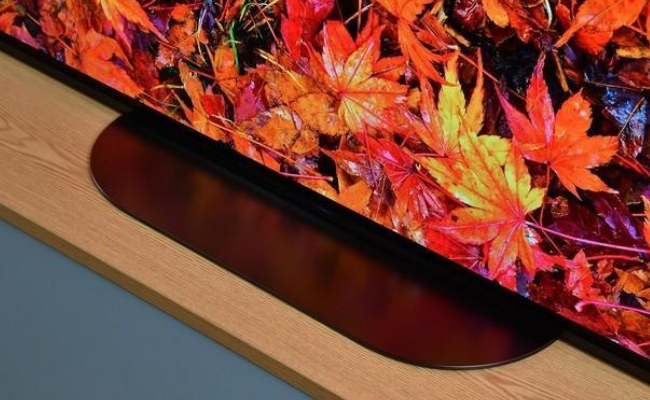 △Sony KD-65A9G ​
However, in the details of the screen, it can be clearly seen that the color of the LG C9 is more transparent, and the contrast between light and dark is more natural. No matter the color of the food or the details of the color smoke, the performance is more abundant, and the Sony A9 screen is brighter and there is a little overexposure. Situation, lost more details. Judging from this comparison, the LG C9's shading and color performance are even better in terms of video playback. 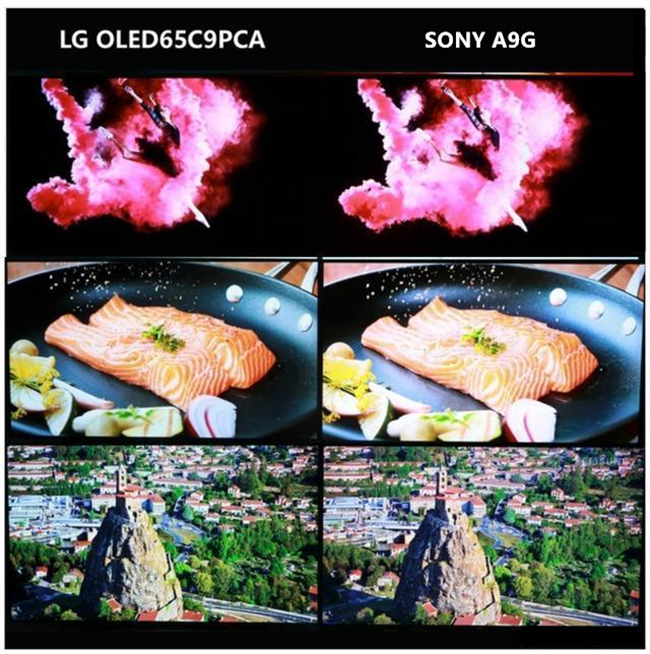 For TV, with the fierce competition in the TV market year by year and the increasing demand for TV screens by gamers, the TV game mode is also a factor for many users to buy TV. For me, I like to invite three or two friends to watch movies, For gamers, this function is also very important. The game players' performance on TV is mainly in several points. The image quality performance and response time, one is the factor that affects the visual experience, and the other is the factor that affects the game operation process. 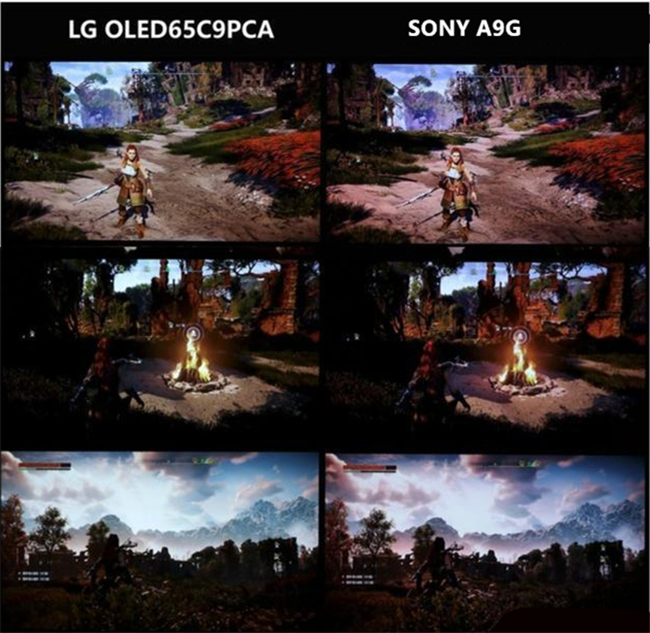 In the "Horizon" , the two products did not have problems such as stalls, delays, or tears. The response speed was also very fast, and the game body was not bad. However, in the same scene, the LG C9 and Sony A9 have a big difference in image quality performance. From the figure below, you can see that the LG C9's picture is colder, the picture is brighter, and the contrast between light and dark is more obvious, while the Sony A9 The color tone is warmer, and obvious color smudges have appeared in some scenes. Both perform very well in dark scenes, but the LG C9 has more details in comparison.

​
Based on multiple comparisons, LG C9 and Sony A9 are worthy of being the flagship products of the two giants in the television industry. They have excellent performance in appearance, picture quality, and console games, and can definitely become one of the best choices for home theater. The performance of the two can be regarded as between the two, but the LG C9's performance in screen color and game picture quality is better, and the color presented is more "pretty". If it is a user who has the ultimate pursuit of picture quality , LG C9 may be a better choice.
Last edited: Jun 16, 2020

One of the most attractive factors of LG C9 is its price.
In additon, LG has its own OLED panel.
Sony and LG are the best brands in the TV industry, whichever you choose, mainly depends on the wallet.

For OLED TVs, i still vote for Sony. In addition to the OLED display itself, the signal and sound processing also matter. Sony did better in these fields.
However, the OLED panel Sony uses are produced by LG.
B

Whether it’s LG’s OLED65C9PCA or Sony’s KD-65A9G, they are currently highly rated products in the OLED TV market.
S

sony tv is great. The gameplay experience is awosome.

seeing from the picture, I prefer LG
S

I don't play game much. Price/performance ratio is the most important for me.
W

SpaceXtt said:
I don't play game much. Price/performance ratio is the most important for me.
Click to expand...

I think a large screen that could play game smoothly and clearly is very important. Although I am not addicted to games, it's a good way to relax by playing games. The next-gen game console is coming soon, I want to try on.
A

SpaceXtt said:
seeing from the picture, I prefer LG
Click to expand...