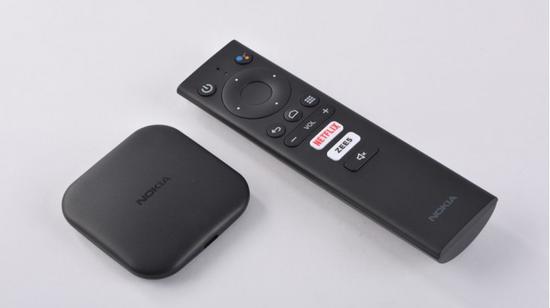 Nokia Media Streamer uses the Android 9.0 system, provides access to the Google Play Store, and allows users to download various TV-available applications. In addition, it also has built-in support for Chromecast, and users can project the smartphone screen to the TV.

In addition to Netflix, Nokia Media Streamer also has a ZEE5 hot key on the remote control, which is the first time among media streaming devices in India. ZEE5 is an on-demand video streaming service in India.