What is the principle of Xiaomi Transparent TV? A thorough official explaination

At the Xiaomi’s 10th anniversary press conference on August 11, the sudden release of the Xiaomi transparent TV surprised the audience. How exactly was this transparent TV born? This article will do a complete and in-depth scientific review from the technical ideas and principles.

Remove all unnecessary and the left must be transparent
The shape of the TV is very fixed, like a "black box". There are many internal parts that hinder transparency. So the idea of making the TV transparent is simply "remove all non-essentials and leave everything transparent" throughout the birth process of Xiaomi Transparent TV. 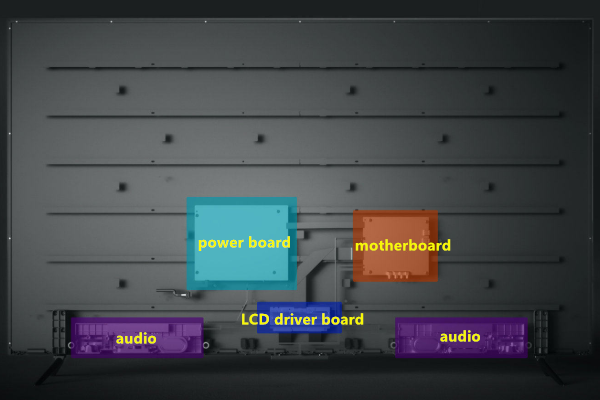 Distribution of the internal structure of ordinary TVs​
The first is the back panel of the TV. The back panel of the TV is almost black. There are various components inside: such as T-CON board, power supply board, main board, etc.... These are non-essential items that prevent the TV from becoming transparent. Take it all away.

But "removing" does not mean "throwing away", these components need to be taken out of the backplane and reintegrated to form an external host, and then establish a connection with the screen through a cable to make it work normally. 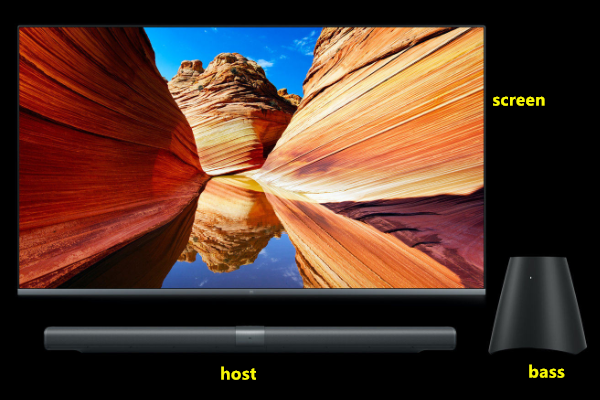 Such a scheme has actually been partially adopted on the Mi Mural TV, that is, the heavy and redundant "burden" on the TV back panel is removed, and the host part of the original back panel is externally installed, thus realizing the extremely thin and light screen. The placement plan provides a prerequisite for TV transparency.

The plan of separating the main unit and the screen of the Xiaomi Transparent TV is similar to this, but more complicated. 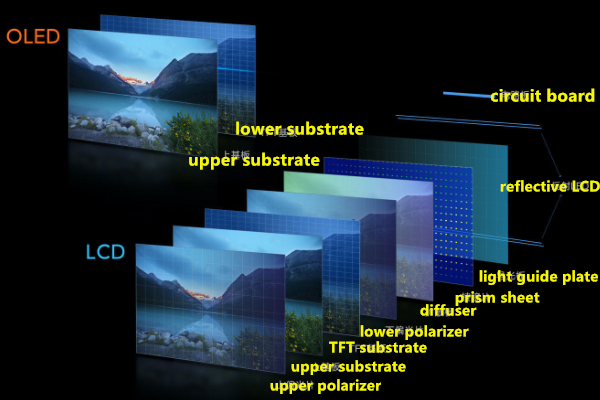 OLED and LCD screen structure disassembly comparison​
After eliminating redundant physical components, you can now focus your attention on the screen itself. Currently, LCD (liquid crystal) and OLED screen display solutions are widely used in TVs. Both can actually be made transparent, but OLED is self-luminous which has the inherent advantages of making transparent TV.

Because LCD needs backlight to display the image, this also determines that even if LCD is made into a transparent TV, it will appear as a box. This is obviously contrary to the aesthetic pursuit of modern TVs that are thin and beautiful. In addition, due to the existence of polarizers, its transparency cannot be made higher, so no matter from the appearance or the display effect, the LCD transparent solution can only be passed off. 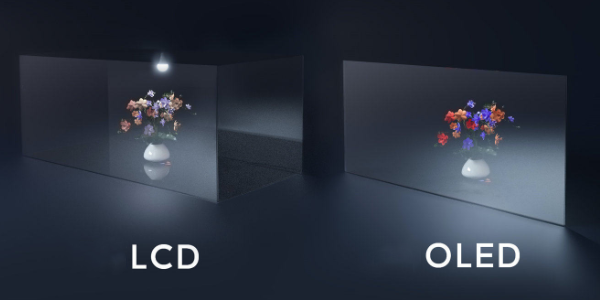 How to make the OLED screen achieve transparent display, here is the introduction of common "blinds" in life to facilitate everyone's understanding.

If the leaves of a blind with a pattern are completely closed, you can see the complete picture, but at the same time the scenery behind is completely blocked by the closed blinds. But if you unscrew the blinds at an angle, you will find that although the picture on the blades is split, it does not affect the overall look and feel, and you can still clearly identify the pattern content on the blinds. Moreover, the unscrewed blinds make the outdoor scenery shine through, and the picture and the scenery coexist. This is almost the same as the principle of Xiaomi Transparent TV. 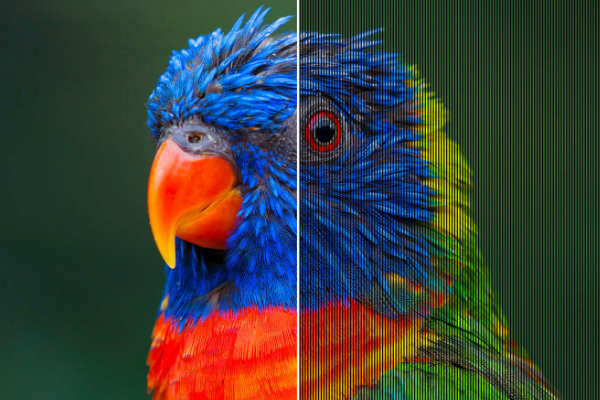 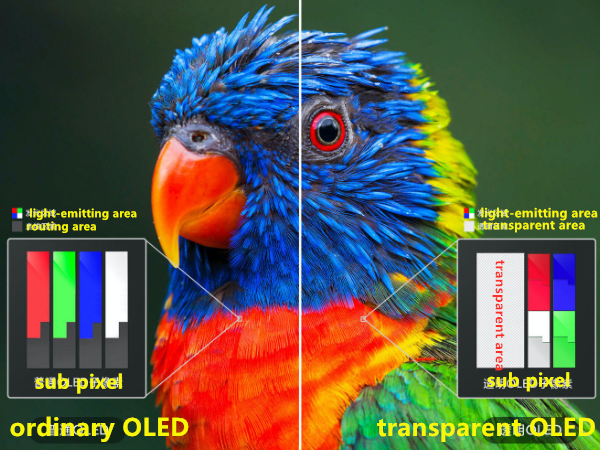 In summary, the entire OLED screen has completely become a piece of "glass" with high transparency, which constitutes the most important part of the entire transparent TV, and because of the advantages of high resolution and OLED self-luminescence, it also maintains a very high display level.

Based on the above, the transparency of the OLED screen is realized, so in theory, a concept of a transparent TV can be manufactured, but Xiaomi wants to do more crazy things, to mass produce this extremely futuristic product.

If a TV wants to be mass-produced, it needs to go through a series of tests and certifications, which is tantamount to weighting the index on the difficulty of manufacturing a concept machine.

How to give life to a piece of "transparent screen"? This needs to test the manufacturer’s OBM capabilities. OBM is called OLED Basic Module, which refers to the entire process of R&D, system testing, and manufacturing of OLED modules by TV manufacturers independently. It is a ticket to judge whether a company can independently develop OLED. In the field of transparent OLED TVs, Xiaomi is the only one in China.

OBM includes multiple aspects, such as the surface tempering of the screen. The Mi Transparent TV adopts physical tempering, that is, a whole piece of tempered glass is bonded to the screen, which improves the screen's resistance to pressure and eliminates the potential safety hazards of broken screens. In addition, in the use of screen adhesives, Xiaomi TV uses UV glue for bonding, which further reduces the thickness of the screen, and also improves the bonding accuracy, and the overall look and feel of the screen is further improved. 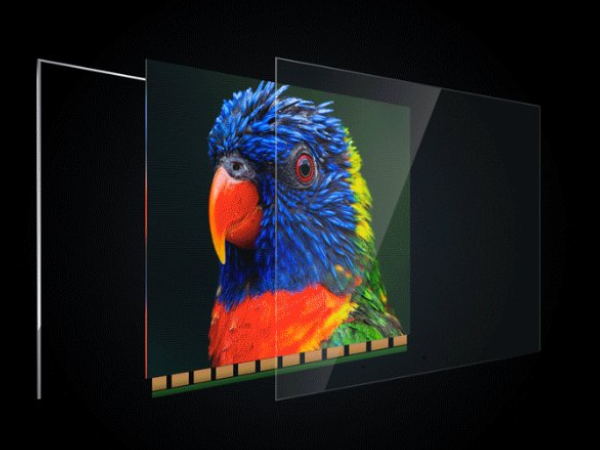 The external host mentioned above is different from ordinary split TVs. In order to ensure the overall look and feel, Xiaomi Transparent TV has creatively integrated the host and the screen, and passed the extremely high structural strength test. 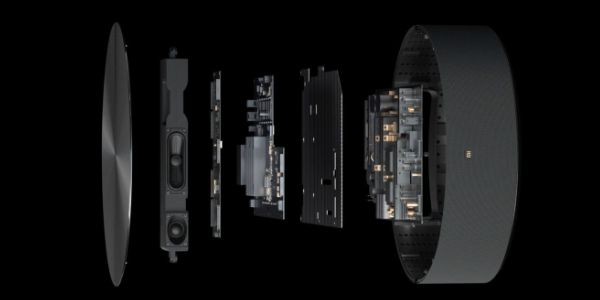 Mi Transparent TV Host Structure​
Because the mainframe of Xiaomi's transparent OLED TV is designed to be stacked up and down, the power supply as a "big heat generator" is equivalent to directly baking the motherboard. In order to dissipate this part of the heat, Xiaomi engineers have made a lot of efforts. 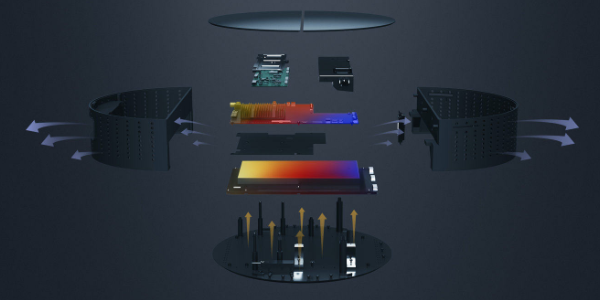 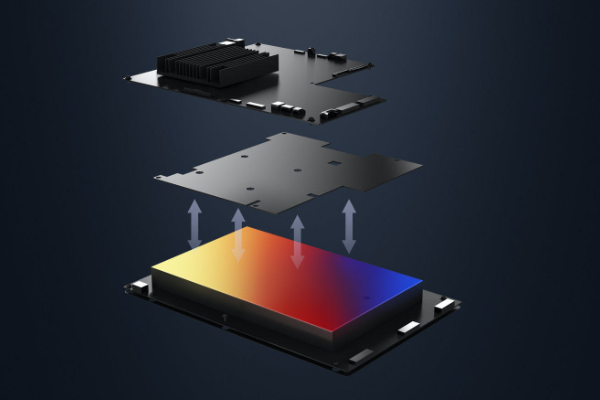 The screen structure of Xiaomi Transparent TV and the ultra-narrow metal frame, the signal line runs through the structure of the metal closed base, and the tightly stacked structure inside will have its special EMI (that is, the work of electronic products will cause interference to other electronic products around) hidden dangers. Xiaomi Transparent TV took corresponding measures to solve the problems in the early stage of design, and experiments were conducted in the later stage of trial and mass production, which proved that these measures effectively suppressed the radiation spillage formed by most of the product structure.

Mass production of Xiaomi transparent TV seems to be an impossible task, but based on years of accumulation in TV technology, Xiaomi finally presented such a magical product to the world, and Xiaomi has also become the world's first mass-productive transparent OLED TV manufacturer.

Future TV may be a transparent screen. 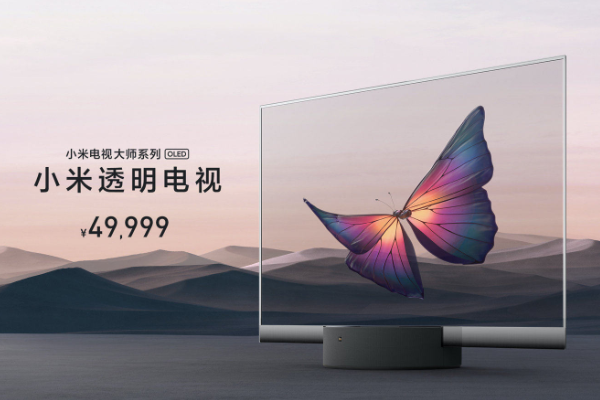 Xiaomi transparent TV released priced at 49,999 RMB: how to evaluate it?