What should I do if the memory card space of Nintendo Switch is insufficient?

Nintendo Switch supports microSD, microSDHC, and microSDXC memory cards, also known as TF cards, with a maximum capacity of 2TB. The official recommendation is to use UHS-I specifications and read speeds between 60-95MB/S. Players can store downloaded games, DLC, updated content, and captured screenshots and videos on the card. But the storage data of the game can only be saved in the internal storage space. Since the internal storage space is only 32GB, the digital version is becoming more and more popular, and more and more updates are made. It is not uncommon for a single game to have 10GB. The need for large-capacity memory cards is also becoming increasingly prominent. At present, memory cards above 128GB Generally speaking, it is more appropriate. 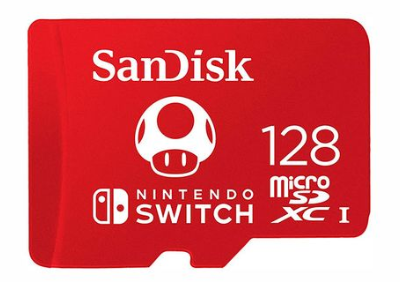 In addition to game storage data, other types of data can be saved on the memory card. In this case, even if the memory card space is tight, it is more convenient to transfer all to the new card. How to transfer data to another card?

Players can use Windows PC to transfer data from the old card to the new card. If you are using a Mac, errors may occur. It is recommended to use a Windows PC.

First shut down and remove the memory card in the body.

Use a card reader to connect the memory card to the computer.

Copy the "Nintendo" folder in the card (or save it on the PC).

Paste the entire "Nintendo" folder into the root directory of the blank new card.

Transfer data between the machine (Nintendo Switch) and the memory card

Select "Settings" in the "Main Interface".

In this way, the data of a single game can be transferred between the internal storage space and the memory card. When the memory card is not used before or when a new card is to be replaced, it can act as a buffer.

Note that the stored data of the game can only be stored in the machine and cannot be transferred.

What should I do if the Nintendo Switch is splashed with liquid? 1. If any liquid spills on the machine, please unplug the power and turn off the power immediately. For your personal safety, do not use the machine when it is wet, otherwise there will be a risk of electric shock. 2. Let the...

Tutotial: How to move Nintendo Switch games from the console to the SD card

Nintendo releases the Switch 10.0 update to allow users to customize the joy-con button

How to choose between physical or digital versions of Switch games?

Nintendo switch game card rankings in 2020 update in May