After the Apple streaming service Apple TV Plus (hereinafter referred to as Plus) went live on November 1, it will provide a one-month free trial for all Apple users in the service area .

I opened this service for the first time, and experienced it on iPad and MacBook for half a month. 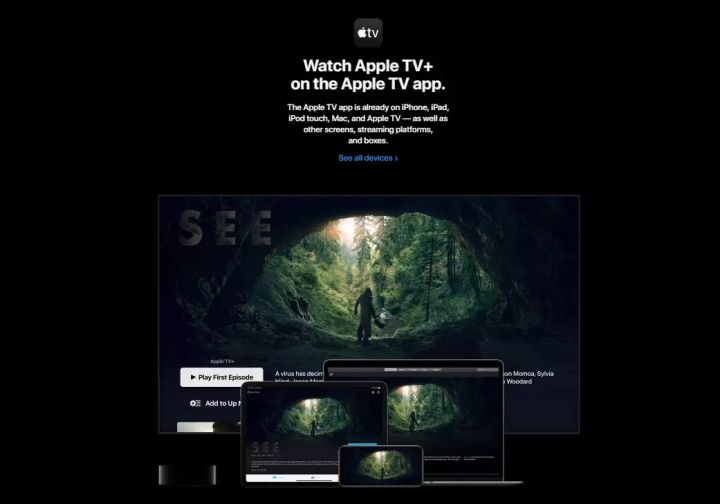 The following is a freshly released experience report for your reference.

Product experience: Subtitles are heartwarming, sound and picture quality is amazing, and the player is not very easy to use


When I first opened the Plus episode, the first thing that caught my attention was not the plot or the picture, but the official subtitles provided by Apple .

I have roughly counted, Plus's subtitle library covers various countries and regions in Northern Europe, Southeast Asia, and the Middle East, up to dozens of subtitle languages. 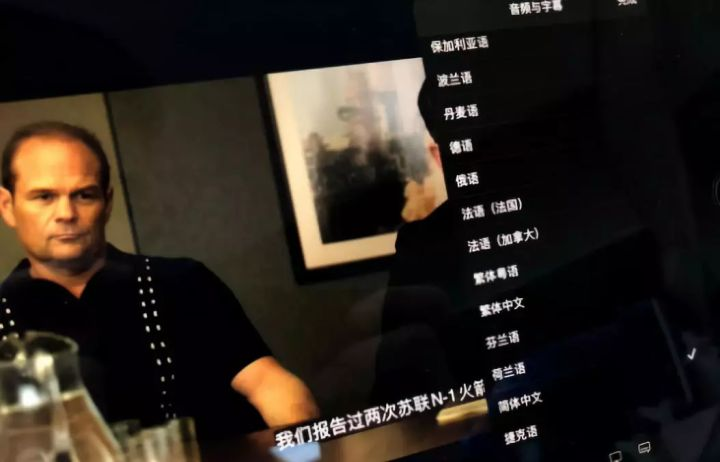 △ A lot of subtitles are optional, moved

Apple is amazing. Not only all the episodes are equipped with Chinese, but also carefully divided "Traditional Chinese", "Traditional Cantonese" and "Simplified Chinese";

For example, the character in "For All Mankind" said "Langley's not taking the fall for this", which is literally translated as: "The CIA does not take responsibility for failure", while the subtitle is translated as "The CIA can not bear this pot" "It can be said to be very attentive. 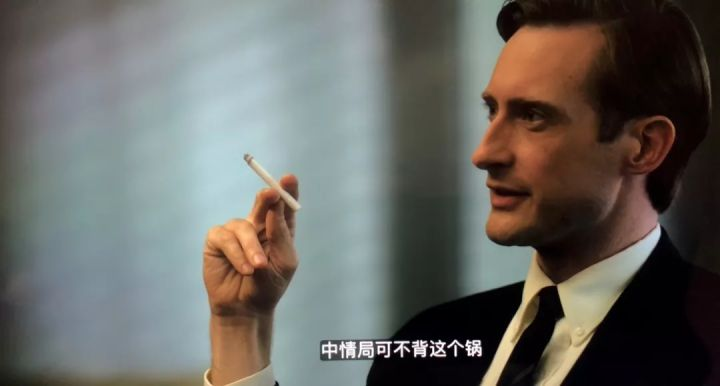 In addition to the wide coverage of languages, the style of subtitles is also very sophisticated.

In addition to using different colors to distinguish the display of different occasions such as speech, Spanish, and dialogue, English subtitles will also adjust their position according to the speaker. 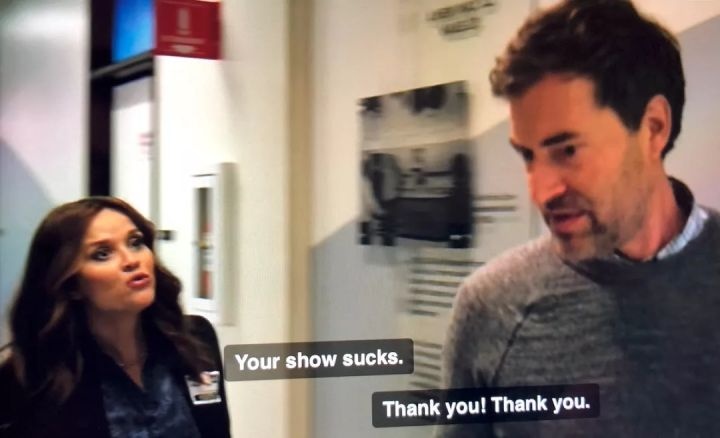 △ Subtitles follow people
In addition to subtitles, you will be amazed by the picture and sound quality of Apple ’s streaming media . 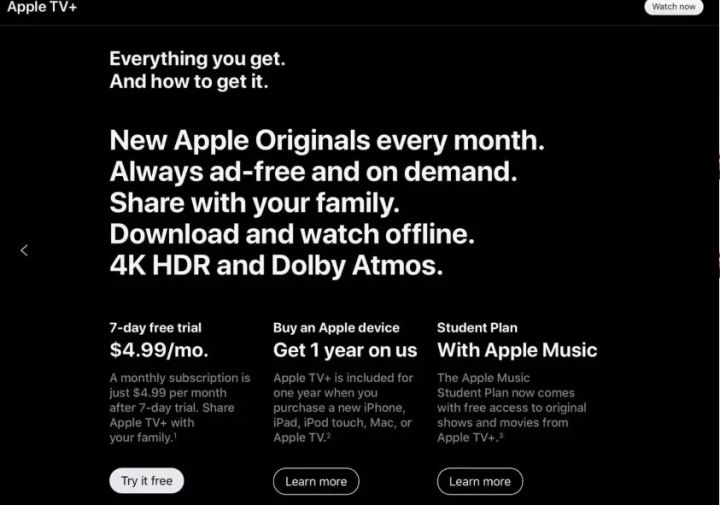 In terms of picture quality: Plus claims to be "standard 4K for the whole system" . In actual experience, except for a few cases where the resolution is reduced due to network fluctuations, the whole process has maintained a fairly stable HD.

The sound quality experience shocked me even more: With the support of Dolby Atmos , all of Plus's plays have a very obvious stereo effect when they are put on headphones.

In the OP of the first episode of "Seeing", each sound has a clear and accurate positioning, which not only enhances the immersion of the audience, but also highlights the theme of the story of the play "The world is blind, only relying on sound to survive" .

The advantages are outstanding, but Plus also has flaws in the experience.

Users who are familiar with IOS are no strangers to this toolbar with only pause, play, and 15 seconds before and after. This time it was copied to Plus.

For domestic netizens who are already familiar with the operations of "double-click to pause, left to adjust the volume, and right to adjust the brightness", this interface, which is even strenuous to drag the progress bar, will definitely be punished.

Also, it does not have the function to automatically play the next episode.

There is also a small problem- you can't take a screenshot .

Apple has done some "extreme" in anti-piracy, whether it is Mac, iPhone or iPad, as long as the user tries to take a screenshot, the image will automatically black out.

For viewers who like to collect the lines of film and television titles, this is not very friendly ...

Content evaluation: well-made, but can not say "very beautiful"


Plus's original content may be the least of all current streaming platforms: there are 11 first-run shows and only 5 original plays.

After removing the children's popular science animation "Snoopy in Space" (Snoopy in Space), the original drama that really attracts the attention of the outside world is the following four: 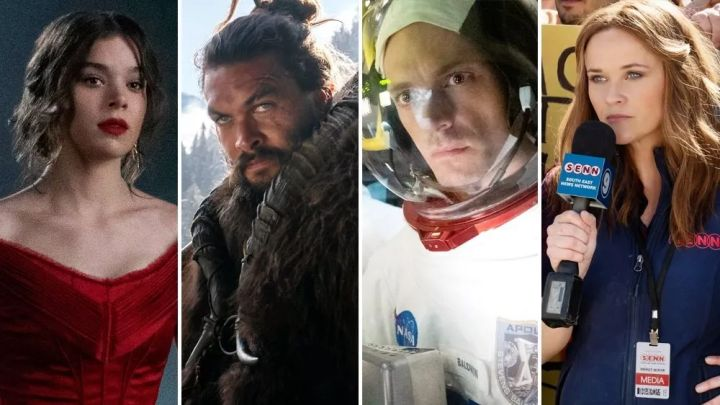 
One of my favorite is "Morning News".

It is Apple's main Plus episode and is currently the most popular original drama by audiences. IMDb score 8.3, Douban has 8.5.
Last edited: Apr 17, 2020

This is a workplace drama closely linked to the current hot spots in the United States, showing a scandal that occurred on the fictional TV station "UBA" and the status of everyone at the center of this storm of public opinion:

Attempts to keep the job anchor, the president of the TV network thinking about the way out, grumpy downcast reporters, producers who are troubled by their affairs; office politics, the "Me Too" movement, the decline of traditional media, the rise of the Internet ... Together, it's refreshing.

The space-themed series "For All Mankind", which was grandly launched at the Apple press conference, was originally the one I was most looking forward to. 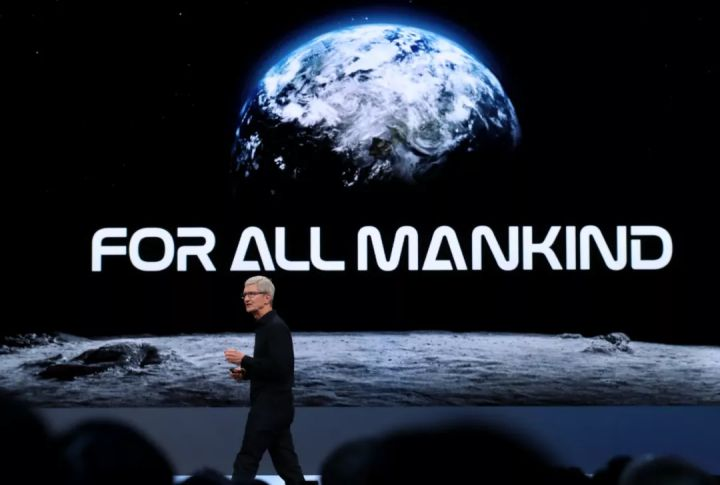 Before the airing, I thought it was an adapted science fiction drama about the American moon landing. It was discovered after the release that the protagonist is not the United States ... 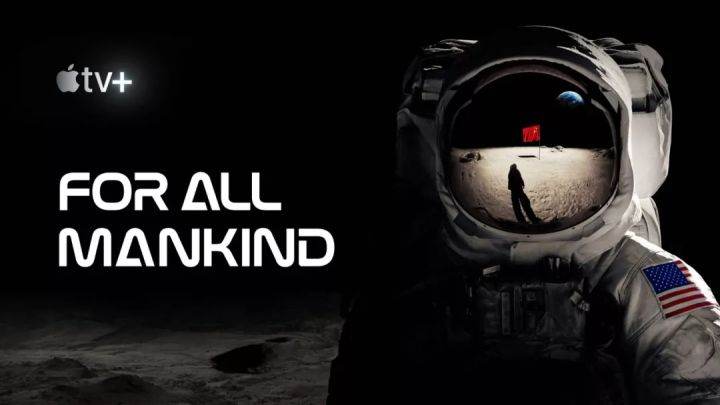 "For All Mankind" tells such a story: 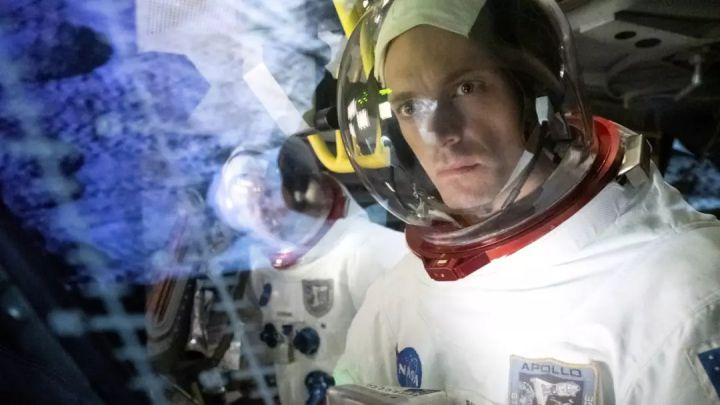 No matter from the production to the plot, it is difficult for this play to be reminiscent of Amazon's "High Castle".

"Gaobaoqiren" helped Amazon win the Emmy Award, so Apple also has high hopes for "For All Humanity".

It's a pity that things didn't go well. After the show started, it didn't get much praise. IMDB scored 6.7, and Douban only gave 7.4 points-all the lowest scores in the four plays. 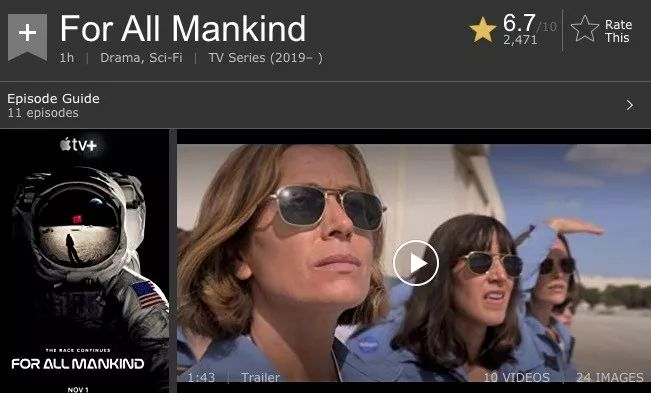 In terms of the plot, the play really gave me a sense of highs and lows: the theme has been erratic between "NASA space race", "internal political struggle", and "women's rise"; the addition of the little girl in Mexico is also unknown.

Although Apple's four dramas are well received, but after half a month, none of them have caused enough topic effect.

Strategic positioning: not "little Netflix" but more like "Apple Prime"


The mainstream U.S. technology media has a consistent view that Apple is not targeting Netflix and Disney, but another giant that transforms technology companies into streaming media-Amazon.

Streaming media platforms are divided into two categories: content-driven and service-based. Both Amazon and Apple belong to the latter.

This is also my biggest feeling for Plus after half a month of experience: it is not an independent "small net fly", but more like a chess piece in the overall situation of the Apple ecosystem.

Steven Shure, the former vice president of Amazon Prime, once said in an interview that Prime members were very difficult at the beginning, and they did not really break out until the music and video services were launched; among them, "Prime Video is a great converter 」 .

The original users subscribed because they were optimistic about the "free shipping" and "discount" benefits of Prime members, and they became the original audience of Prime Video, helping Prime Video grow gradually;

Amazon CEO Bezos once said that the company has data indicating that the more Prmie videos users watch, the more they will buy on Amazon.

What Apple wants to copy is probably the Amazon model.

This is evident from its strategy:

The first low price of the whole network is US $ 5 a month , and it is also a "big reward" to give users of newly purchased devices a year of free quota; bundle Plus with the student version of Apple Music;

Promote Plus on its own content platforms-news, music, podcasts. 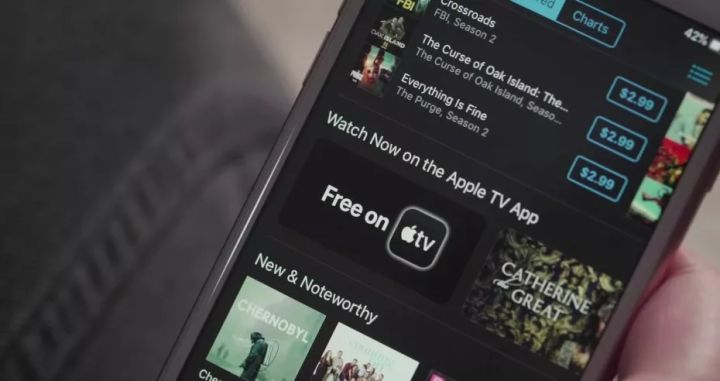 △ Plus ads in Apple Music

Once the audience group is formed and stabilized, Apple may in the future like Amazon, rely on one or two "explosion series" to attract new users, and ultimately stick the user's time and attention firmly in their own ecosystem.

This summer, Eddy Cue, senior vice president of Apple ’s content division, emphasized that the Plus platform will "focus more on quality than quantity . "

Obviously, Apple hopes that each of these original dramas can have the potential of a new IP, and even copy HBO's "Power Tour Myth".

It is reported that Apple has burned a total of 6 billion US dollars of input to make content , and "See" has issued a sky-high production fee of 15 million US dollars for a single episode. 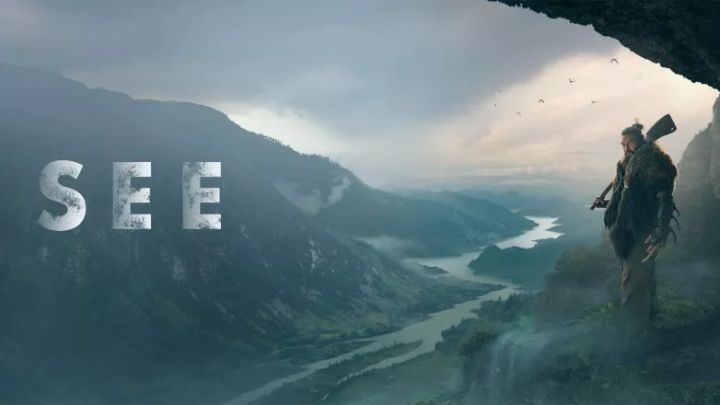 If I were to find a word to describe Apple ’s performance over the past half month, I might choose: poorly satisfactory .

You asked me if I would pay for it in real money? the answer is negative.

Because the current content is still too little , especially Apple uses the "Zhou Geng" model. I'm more likely to wait for "Morning News" to end in a few months, and then recharge it as a one-month membership.

If Apple can come up with enough exciting content in the future, I am still happy to continue to subscribe; but for now, its service is not attractive enough.
Last edited: Apr 17, 2020

thx for the review
You must log in or register to reply here.