In the real year, consumers are no longer complacent with watching TV because of the characteristics of the game. For example, the game TV X9000H/X9100H released by Sony last year was even sold out during the e-commerce promotion, which may prove the popularity of TV in the game market. . Not long ago, Sony TV officially launched a new TV series for 2021. The JD series is a new generation of game TVs following the X91J as the X9100H. It is a virtual mainstream consumer TV product that can meet the needs of consumers for daily content viewing and supports HDMI2. 1 The interface and Sony game mode also enable it to have its own game functions, bringing its experience experiments to everyone every day.

SONY X91J has specially optimized and designed the base, frame, etc. according to the aesthetic needs of users. For example, the base continues the application of amber gold, and the distinctive color makes it more eye-catching; the frame is also integrated and seamless. The craftsmanship is even more classy.

The back design is a highlight of all Sony TV products this year. The large-scale horizontal and vertical squares and the ingenious XR pattern demonstrate the uniqueness of the "core" in it, which is highly recognizable.

The back interface is relatively complete, the commonly used HDMI, USB, network interface, audio interface, antenna interface are all available, of which HDMI 3 and 4 are 2.1 specifications, and support up to 4K 120Hz data transmission, laying the foundation for game performance. 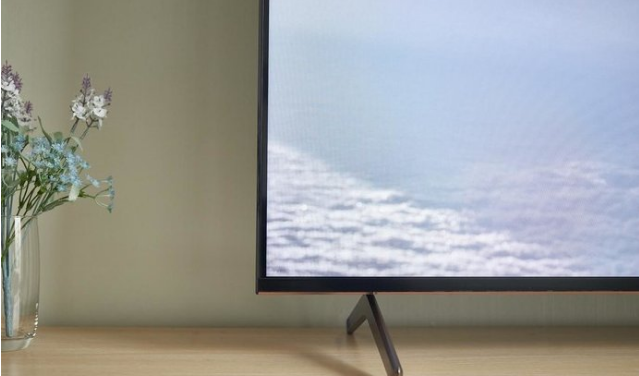 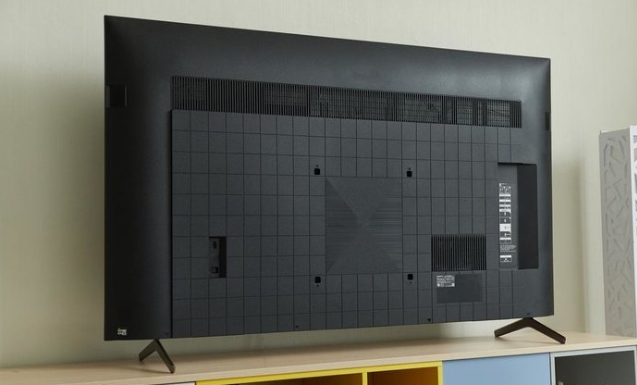 The biggest change in the new Sony TV 2021 is the chip. Except for the entry-level X80J and X85J, which continue to use the X1 chip, the rest of the series are equipped with the latest XR cognitive chip.

Let's take a brief look at the basic quality of the X91J 4K LCD screen. We use SpyderX Elite to test the color gamut and color accuracy performance in the X91J movie mode (the display mode that can best restore the film creator's intention). After testing, its P3 color gamut has reached 90%, and the average color deviation value is only 1.43, which is quite excellent at the same price.

In terms of traditional content display, Sony X91J has some changes in algorithm due to the replacement of the XR chip. From the first glance, its color saturation is higher than before, that is, it is more gorgeous and more pleasing to the eye. Its Terri charm color display technology Pro can help widen the color gamut of the picture, making the picture more colorful and the picture more vivid. 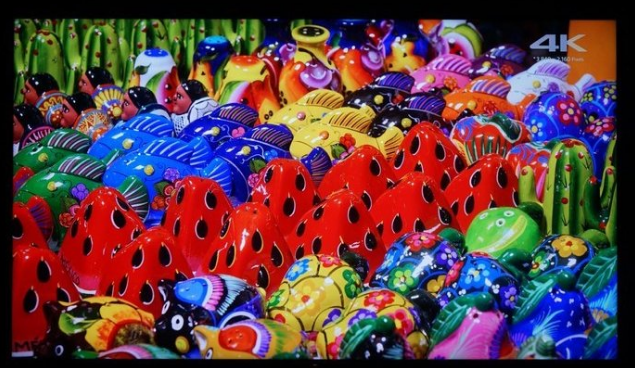 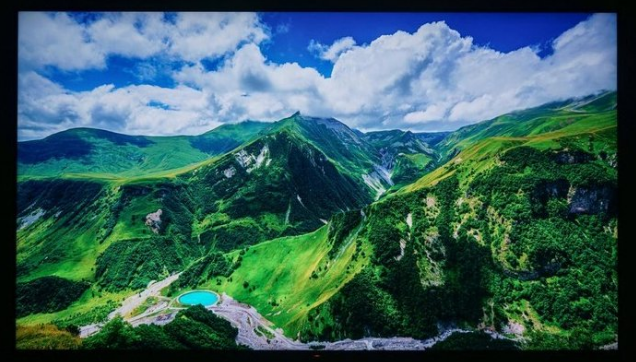 Of course, the HDR effect of the Sony X91J is also very good, supporting HDR10, HLG and Dolby Vision three HDR formats. In particular, the high-standard Dolby Vision has a wider dynamic range and can still guarantee excellent contrast when displaying high-contrast images.

When playing Dolby Vision film source, Sony X91J can set two styles of "Dolby Vision Bright" and "Dolby Vision Soft" in the image settings. No matter which mode, it can bring higher contrast than normal mode. And look and feel.

In a very extreme high light ratio environment, the Sony X91J can not only reasonably suppress the overexposure of the highlight part with its excellent picture contrast and latitude, but also preserve the details of the dark parts as much as possible, and the picture has a full sense of hierarchy. 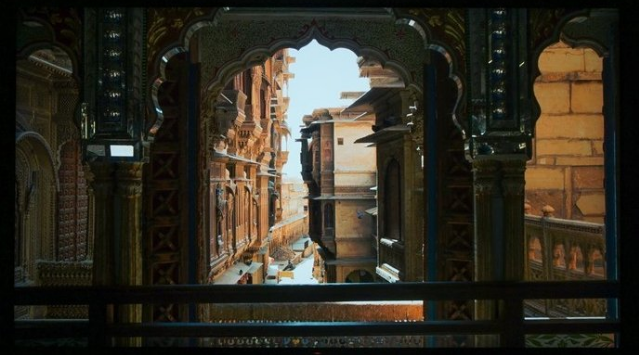 The Sony X91J has XR Octavia dynamic technology. Through precise control of the dynamic picture, the TV can present a clear and non-smearing dynamic picture while maintaining the brightness. Even if the fonts on the high-speed moving train are enlarged 4 times, there is no blurring, showing a clear, smooth and bright moving picture.

Generally speaking, the resolution of the network video we often watch is often only 1080p or even 720p. The low bit rate video is prone to blurry when displayed on a 4K screen. The XR cognitive chip has the latest XR 4K line-up technology, which can automatically convert the video. The resolution is increased to 4K.

It can be seen from the comparison screen that after the optimization of the XR chip, the hair strands become extra clear, each strand can be distinguished clearly, and the strands can be counted one by one. Other details of the character, such as freckles, fur coat folds and other details are clearly visible. 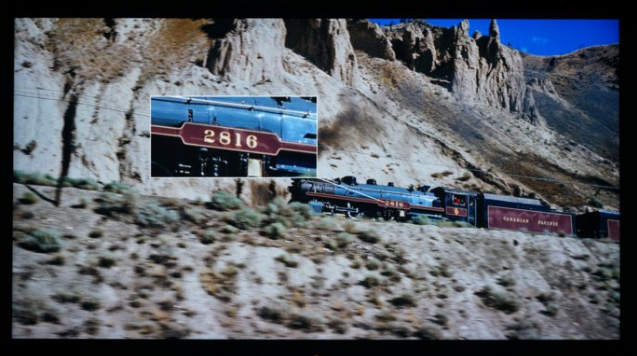 is not only the picture, in fact, the sound effect is also important to the game. Good sound quality helps to enhance the atmosphere and immersion of the game. In terms of sound technology, the Sony X91J has 3D surround sound field conversion. Through the 3D surround sound field conversion technology of the XR cognitive chip, any sound source can be upgraded to 5.1.2 channels.

is also the game "Dust 3". In the process of playing, whether it is the roar of the racing engine or the friction of tires and the ground, it is very shocking and three-dimensional, full of presence, as if you are in a real rally field. 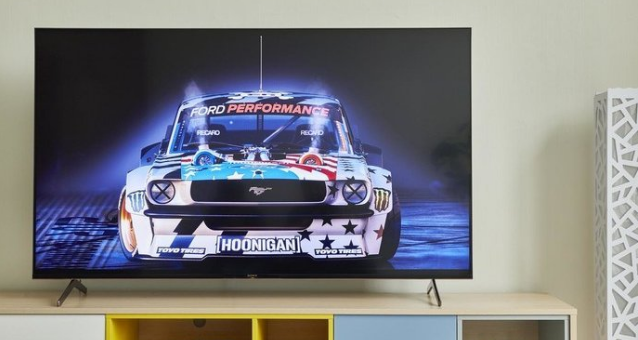 It has to be said that the improvement brought by the new XR cognitive chip chip is huge, and its many optimization algorithms make X91J better understand what users want to see and what they like to see, thereby comprehensively improving the picture quality and sound quality performance. At the same time, the 4K 120Hz screen and HDMI2.1 interface make X91J an out-and-out living room game weapon. Excellent audio and video experience, gameplay, and reasonable positioning. Not surprisingly, X91J will still be the star of Sony TV this year.
L

In the case of the host performance in New Zealand, the game frame rate can reach up to about 200FPS, and the Sony X91J can present a 4K 120FPS picture. The photo quality is newer than the 60Hz screen. Even when moving at high speed, the text on the car body is still clear. It can be seen that there is no smear. After the upgrade, use the VRR refresh rate and the ALLM low-latency mode to let the game automatically hunt. For ordinary players, it has been used.

In addition, the difference is that because the X91J is a product of the PS console game console, the console will also have some linkage during operation. Open it to start the PS host synchronously, and the operation is quite convenient.
L

In the Dolby Atmos experience video, the raindrops falling from the sky, the birds flying from left to right, the X91J can make the sound follow the screen at the same time, and the sense of presence is very strong; the sound image is scattered and the volume of each part is properly distributed , High definition, can well suppress background noise, making the sound performance more layered.

sony - SONY X91J Review, is it worth buying?

I plan to create an entertainment room in my living room, so I chose SONY X91J which is a TV that stands out in terms of gaming performance. It's perfect with PS 5. Here's my unboxing review of SONY X91J TV. 1. Unboxing According to the space of TV cabinet and sitting room, I chose the version...

Is this the new version of SONY X900H? I wanna play my ps5 with it
X

Pikak said:
Is this the new version of SONY X900H? I wanna play my ps5 with it
Click to expand...

It's great, the picture can be changed to different modes easily and the clarity and sound is good.
L

Does it work with Alexa?
T

How many hdmi 2.1 ports does it have?

tvholic said:
How many hdmi 2.1 ports does it have?
Click to expand...

SONY's X91J and X90J sell for the same price and are nearly identical in configuration, then what's the difference between the X90J and the X91J? which one is worth buying?