The most representative Russian film DURAK The Fool: The movie style of the fighting nation

When it comes to political satire and digging out human nature, many people think of Korean movies first. 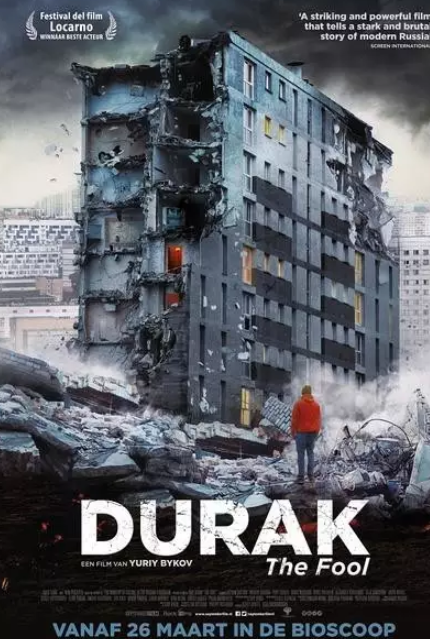 "Influenza", "Insiders" and "Defender", these well-regarded Korean movies in recent years have all reflected the dark side of the world to a certain extent.

However, no matter how much foreshadowing and revelation, eventually will return to the main melody. I do not know whether it is to create drama conflict or politics. In short, in the overall dark atmosphere, Korean filmmakers always seem to retain a glimmer of hope for human nature.

But the tough Russian people are obviously not so optimistic.

Dima judged that the building would collapse within 24 hours and the situation was very critical. He ignored the opposition of his family and reported the situation to the mayor.

The mayor who was holding a birthday party was disturbed by uninvited guests and felt very unhappy. However, due to the seriousness of the incident, the mayor of the women gathered the officials to discuss the solution.

After listening to Dima ’s report, the mayor and officials knew that the building collapsed due to disrepair.

The previous repairs have already been corrupted by them. However, to completely resettle the residents of the building that is about to lose their homes, 260 million rubles are needed .
The reality of spitting out huge amounts of stolen money made officials start to shake.

They decided to kill Dima to destroy the mouth, burn evidence of corruption, conceal the fact that the building was about to collapse, and let the 820 residents in the building kill themselves.

Fortunately, Dima, who escaped the assassination, flew home, waking up his wife and children, intending to take them away while the night was high.

During the flight, Dima was unable to destroy his conscience. So regardless of his wife's obstruction, he returned to the building that was about to collapse to save himself.

Dima went door-to-door to notify the residents to leave the building.

The residents walked out of the dark building under Dima's persuasion and walked under the dazzling sky. They did not show concern about the collapse of the building, more emotion was anger at Dima, who disturbed their lives.

At the end of the film, the building did not collapse, and the irritable residents vented all their emotions on Dima and knocked him to the ground.

Then, the residents returned to the dangerous building and continued to live a life of insensitivity, security and stealth.

This is a satirical movie with a high profile. Almost all the incidents of the whole film took place late at night. The actors went to the power of the powerful to the poor people in the dangerous buildings, and most of them were dressed in dark.

Only the protagonist's red coat stands out on the dark mask. In the middle of the film, the director used a long lens to highlight this sharp visual contrast.

Russian movies have their own feature
You must log in or register to reply here.