Is The Marvelous Mrs. Maisel disappointing? why audience rating only 3.8 out of 5.0?

I am a little disappointed the show completely ignored that Las Vegas in the fifties was a segregated city. You can give a history lesson regarding Lenny Bruce and the First Amendment. You can’t show an accurate depiction of what the African American experience was in 1950’s Las Vegas. It’s sad because you disrespect all the artists who lived through it. I love this show, I am very saddened by season 3.

Let me start by saying this show was one of my favorites. I have been waiting a year for the third season and was so excited to watch it and unfortunately I was left very disappointed. The third season is all about relationships imploding and has zero of the charm that the first two had. I have re-watched every episode of the first and second season several times and after finishing the third season I can’t think of a single episode I will want to watch twice. I hate that I have to wait a year to see if they can redeem themselves for the fourth season. 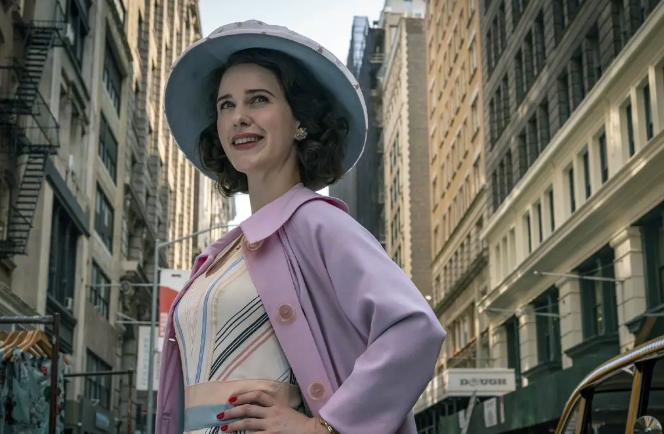 Yikes! Feeling obligated to finish the season and I’m only on episode 4. I’m a diehard fan of the Paladinos...I thought. In season 2, I loved that they recreated the quirkiness of stars hollow in Paris and in the Catskills. It worked there. It also worked in the department store where midge worked. But it’s tired in season 3. I get that one of their talents is creating little communities of quirky characters, but do they always have to talk the same? It’s the same stars hollow world in different sets and costumes but rushed and without the soul or development of the stars hollow characters. Or even the soul of the Paris and catskill quirky communities. When every group we meet talks the same and is equally zaney, then no one is. They’ve over done it and now it’s like watching something written by David Mamet, and everyone in a Mamet talks like Mamet.

And Joel, my god, when is this bland character going to go away? He’s awful. No one is rooting for Midge to be with him except the Paladinos. They aren’t Luke and Lorelei. JOEL IS CHRISTOPHER!!! Yuck!

Would be great to see more of Midge’s parents. They’re the only characters I’m invested in at this point. Midges kids are horribly annoying. And Susie has gotten annoying too. The Sophie Lennon storyline is super boring and played out. Really wish Lenny Bruce and Tony Shalub had more time together. They’re both interesting. Midge’s stand up is also pretty weak this time around. And there is way too much signing. Can’t they cut the camera away during the signing? Do we really need to see full songs?

My review is as fragmented as the show has become. I was so excited for the new season, but now I’m just disappointed

I didn t expect much to see, but I was proven oh so wrong. The costumes, the roles, the theme, Plot, characters, dialog, all so hard to bring to life and yet you do take us "there" indulging our imagination. Everybody on the show must be congratulated for being able to portray how things were way back then and so on. I watched the first season in one day but then I opted for "one-a-day" dosis so the enjoyment would las
You must log in or register to reply here.