My friend Cousin and I watched the movie last night, I asked her, do you like this film? She said, "yes, but I don't like the ending". I really hope she is not with that professor.I thought about it for a while, and it seemed that when she lost her family, lost her passion and desire for writing, and everything fell to the bottom, you thought she would clench her teeth and persevere, and then become a woman really different from the times A further problem is that if a woman really does not have love and marriage in her life, is it possible to have a good and nourishing life and nourish her own life. Instead of just arranging a fairy-tale ending like now, there is no explanation for how to have love with the professor. In other words, how can a person overcome the fear of being alone, and then live a strong life. 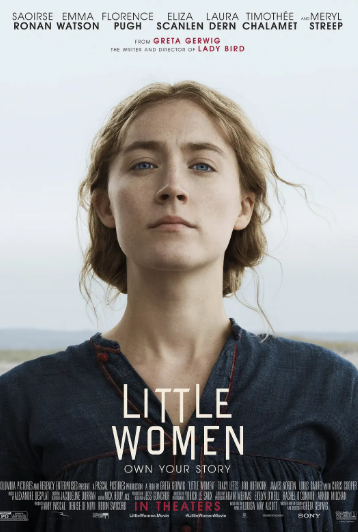 Cousin said, yes, I really hope she always remembers what she was saying that she didn't want to get married at all and wanted to be a writer. The real place is when she looks back at the people who liked her, was it really because of love? No, but because she was not well-mixed and frustrated. If her manuscript was published successfully at that time, would she still feel this "lonely"? It ’s as if I sometimes think of it before, it ’s not because I do n’t have a new boyfriend, and my life is full of holes, but if I go back to that year, I might still make the decision to break up. The past is the past. If you go far, there is no way and no need to look back.

I took it and said, yeah, when she was struggling and suffering, it happened to be a professor, it seemed to be too good to be true, like a fairy tale. When does a woman not need to define success with or without love? Are there suitors, or are you married? In an era like Jane Austen, didn't Jane resolutely spend a person's life?

Cousin said, I can imagine in that era, the kind of inexperienced hardship that women do not get married. Hey, I really hope that she can maintain the kind of self-confidence that she just went to New York with the hopelessness and hope that the world is at her feet. Just like I also hope that I can maintain my passion for struggle, but unfortunately life is always a challenge.

I sigh. women's life. I don't understand why call t a woman's life, not a "human" life.

Take the initiative to choose life and work hard to bear the cost.
This is the meaning of independence.
It is also the cause of immortality in Little Women.
You must log in or register to reply here.