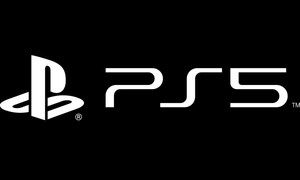 Sony has revealed the full technical specifications of its PlayStation 5 console.
In a blogpost, followed by a lengthy online technical briefing by lead system architect Mark Cerny, the company confirmed that the machine will feature custom versions of AMD’s Zen 2 central processor and RDNA 2 graphics unit, the latter operating at 10.28 Tflops. System memory will be 16GB. The machine will support advanced visual effects such as real-time ray tracing and will have a solid state drive (SSD).

The major news from the Cerny briefing concerned the console’s use of variable frequencies in its CPU and GPU, depending on workload. Usually the heat-generating components of a console or computer are locked at a maximum frequency to ensure the system doesn’t overheat, but the PS5 will allow the GPU and CPU to vary frequency of operation, employing AMD’s SmartShift technology to lend power to each other when games need it. The Xbox Series X graphics core is locked to 1.825GHz, but the PS5 will be able to reach 2.23GHz, suggesting the possibility of a boost in graphics capabilities in Sony’s machine.
Last edited: Apr 17, 2020

Although both PS5 and Xbox Series X have similar innards, with both opting for AMD Zen 2 CPUs and AMD RDNA 2 graphics processors, there are significant differences in approach to architecture and system operations. From this early stage, it looks like Microsoft is going for raw but regulated power with the next Xbox, its GPU offering 12.16Tflops via 52 computer units, compared to PS5’s 36 compute units, at 10.28Tflops. Microsoft also revealed its Xbox Velocity Architecture for streaming game assets from the SSD to the screen, which promises to make 100GB of game content instantly available at any time to the developer, for richer, more detailed worlds. However, Sony’s variable frequency approach to managing power between the CPU and GPU may reap performance rewards – as long as developers utilise it in the way Sony plans.

One area Xbox Series X definitely seems to be ahead is in backwards compatibility. Microsoft has confirmed the machine will be able to play games from each previous generation of the machine, while Sony is only currently talking about backwards compatibility with PS4 titles, and even then, only a selection of them. It claims to have tested compatibility with the Top 100 PS4 games, getting most to work on the new system, but there was a lack of clarity on whether or not PS3 or earlier games would be made available and whether there would be any boost to visuals or performance. Microsoft, on the other hand, has told gaming tech site Digital Foundry that certain Xbox One games will benefit from new visual features when running on Xbox Series X, including high dynamic range (HDR) lighting effects.

The one major omission was any word on what the PlayStation 5 will actually look like. While the form factor of the Xbox Series X has been revealed, Sony is yet to show even a mock-up of the PS5. This is likely to come with another online event later in the year.
You must log in or register to reply here.

XGIMI New Z6 projector, Is it worth buying?