The epic movie "Irish" released in 2019 lasts for three and a half hours, and movies of this length are now rarely seen. Over a hundred years of experience in the film industry have shown that audiences can maintain a concentration of attention for up to 2 hours in a movie theater. Exceeding this limit will make the audience feel physical and mental discomfort. However, throughout the history of American cinema, you can still see many long-time movie works, many of which are classics. 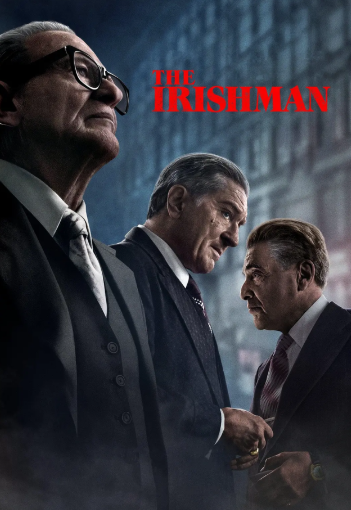 Martin Scorsese's epic gangster movie lasted 3 hours and 29 minutes and brought together three heavyweight actors, Robert De Niro, Al Pacino and Joe Percy. In addition to the film's historical background for half a century, another important reason is that the film's investor is Netfilx, the largest streaming media provider in the United States. The investment in movies is more than US $ 160 million, and the global cinema line revenue is only 1 million. The vast majority of revenue comes from paid viewing by Netfilx users. This determines that most of the audience is sitting on the sofa at home watching "Irish", rather than in the cinema. 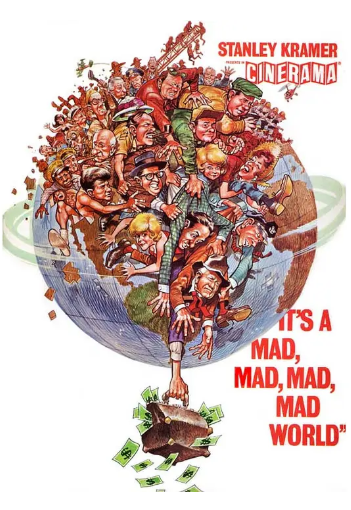 This comedy film directed by the famous American director Stanley Kramer lasted for 3 hours and 30 minutes. This Chinese New Year-type movie has gathered many Hollywood stars in the fifties and sixties, the most famous of which is starring in "Guess Who Spencer Qusay, Come to Dinner and The Trial of Nuremberg.

The historical film with a history of 3 hours and 32 minutes swept through thousands of troops in the Academy Awards, and won a total of 11 awards. This record was not surpassed by "Titanic" until 1998. This film is also the only religious movie approved by the Vatican customs in Hollywood history. It is also the respect for the religious theme of this movie, making this movie a rare title of MGM without the iconic appearance. Lion roaring shot. The film is starred by the legendary Hollywood star Charlton Heston and won the 32nd Academy Award for Best Actor. The movie "Binxu" is also the longest of all Oscar-winning films for Best Actor. 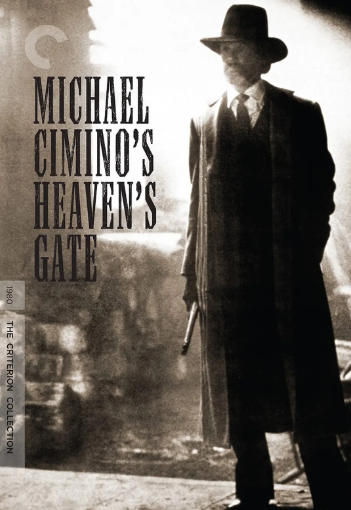 Michael Simino, who won the best film and best director award for the "Deer Hunter" at the 1979 Oscar Awards, then created the biggest box office tragedy in Hollywood history in 1980, "The Gate of Paradise." ". After the success of "Deer Hunter", United Art Company provided the emerging director with a budget of more than $ 7 million to shoot a western film. This film should have been a low-cost movie by Michael. · Simino lively made a big production, and the final version was as long as 3 hours and 39 minutes. This severely overspending movie ended in a bleak box office, which directly led to the bankruptcy of the production company, and Michael Simino's directorial career hardly improved. 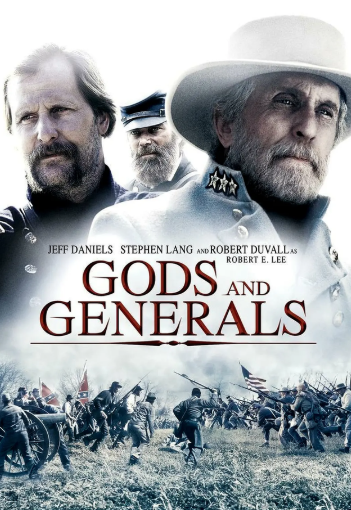 This movie about the American Civil War itself is a legend. The "Gods and Generals" is adapted from the novel of the same name by American writer Jeff Sala and describes the main battles at the beginning of the Civil War. This film is a prequel to another classic Civil War film Gettysburg, filmed in 1993. The original author of Gettysburg was officially the father of Jeff Salad. The two films were invested by CNN founder Ted Turner, an American tycoon who is a crazy fan of the history of the Civil War and is preparing to finally make a trilogy film. However, the box office of the first two films was too bleak, resulting in the failure of the third film "Final Battle". 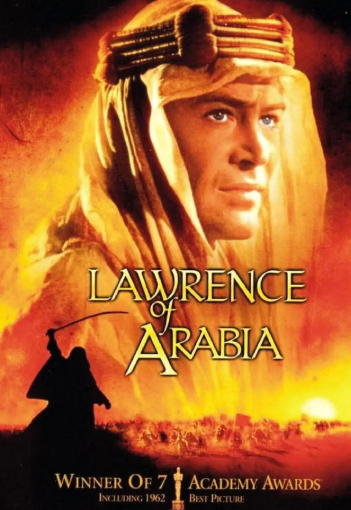 The preparatory work of this magnificent film took two years, and the shooting time was as long as 14 months. In order to reflect the historical background of the storyline of the film more realistically, the film crew came to the Middle East for shooting on the spot. The pre-filming of the film was completed in the Kingdom of Jordan, and was strongly supported by the King of Jordan, and even used the army to participate in the filming. However, the film production time is too long, resulting in serious budget overruns, so that the film crew had to transfer to the city of Seville in southern Spain to continue shooting. The film company even had to take a two-month vacation to avoid the actor's mental breakdown during the long and arduous filming process, but some actors used this gap to shoot other movies. The film was finally a great success in the Oscar in 1963, winning the award for best director and best film.

This gangster film, which is now regarded as a classic, has not received any Oscar nominations, because the two-hour editing version was released in the theaters that year, and it is impossible to tell the story that spans decades. The film "America's Past" was completed in a ten-hour version. The video and DVD versions later released were edited for the classic 3 hours and 49 minutes. This version received great acclaim and saved the film from the doom of being buried.

This movie is the longest-running Shakespeare movie in history and the first version to completely change the original Hamlet. The film also set a record for the Oscar-winning actors who participated most in the film. Including Judy Dench, Robin Williams, Charlton Heston, and even Kate Winslet, who has just made a name for himself with "Sentiment and Emotion". The director is Britain's most famous Shakespeare actor and director, Kenneth Branagh. 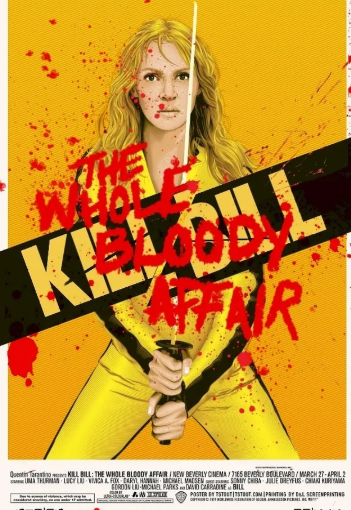 This film connects one and two parts of "Kill Bill" in series, which is 3 hours and 10 minutes long. There are no rumored cuts and content additions, but changes in soundtrack and sound effects have made the whole complicated. Bizarre stories are more coherent and vivid. This version is the movie "Kill Bill" expected by director Quentin Tarantino. Some of the fighting scenes restore the original black and white pictures to color to reduce the cruel experience that the movie brings to the senses and avoid The movie rating is too low.

The film cost $ 44 million in the 1960s, and the production cost is equivalent to today's top commercial blockbuster of any Marvel series. In order to show the huge navy of Cleopatra, the 20th Century Fox manufactured a large number of ships, which was once ridiculed as having the third largest naval force in the world at that time. After two and a half years of filming and post-production, this heavyweight movie was finally released. Although the movie "Cleopatra" became a blockbuster movie at the box office for 22 million US dollars, compared with the production cost of astronomical figures, the 20th Century Fox still faces huge losses. The failure of the movie "Cleopatra" led to the resignation of the company's CEO, and 20th Century Fox survived this financial crisis with the box office success of "The Longest Day" and "Sound of Music". 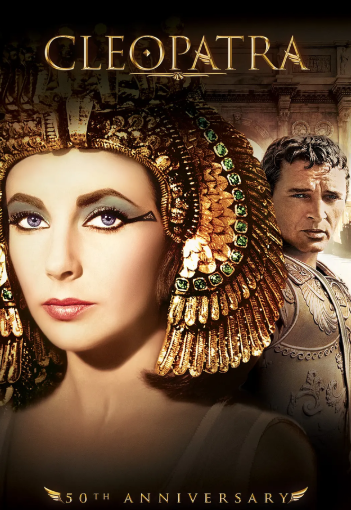 As commercial predators such as Apple, Amazon and HBO entered the streaming media industry, more and more movie works began to abandon the theater line and turn to home users. Martin Scorsese ’s “The Irish” is a prime example, and two other films from Netflix, “Marriage Stories” and “The Pope ’s Succession,” were also nominated in multiple Oscars this year. As a result, the global film industry is changing quietly. More and more movies suitable for family environment will appear, and the length of the movie will certainly not be restricted by the traditional 2 hours.

I'd like to fulfill my night with these extremely looooong movies
You must log in or register to reply here.