The most fascinating instances of attention to detail in KABIR SINGH

The plot revolves around the main male lead Kabir(Shahid Kapoor) and female lead Preeti(Kiara Advani) felling in love with each other during their college days and later covering the ups and downs uptill their marriage. With lots of money, this movie decisively earned lots of criticism too because of the main lead's obsession with drugs, alcohol and sex after he fails to marry his girl on its first way and further downtroddening himself in a destructive way.

The scene which caught my attention was during the song Kaise Hua.. when Kabir is shown trying to express his feelings in his regular straight forward way to Preeti. Now the scene continues- 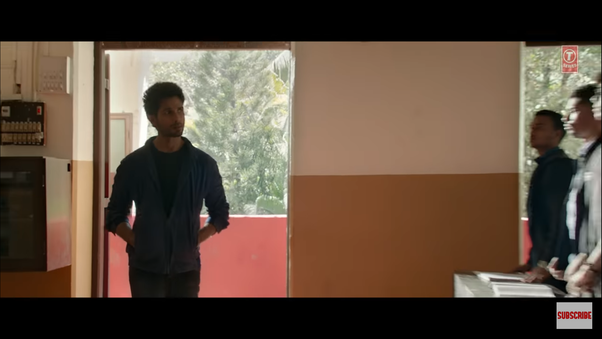 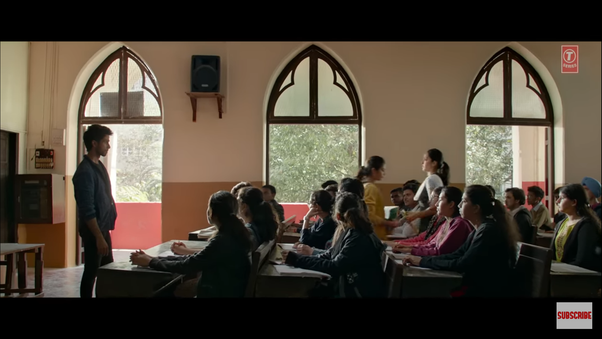 Now he further continues as he asks Preeti the reason that she was sitting at the back and not at the front and inquires about the lecture that is going to be taught.

Now, if a boy wants to come close to a girl he likes/loves, the first thing he'll want will to spend some time with the girl.

I'm preparing for my Masters. Come I'll teach you, it'll help me with my basics.

To which Preeti readily agrees and they leave the classroom. 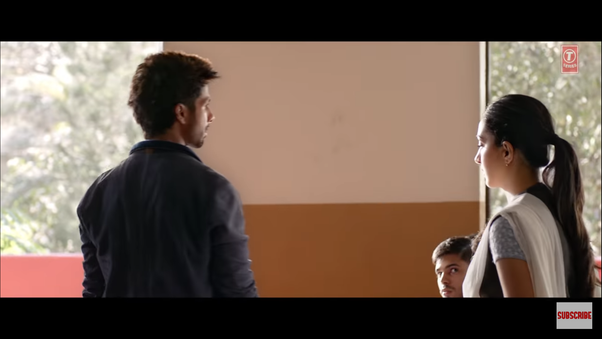 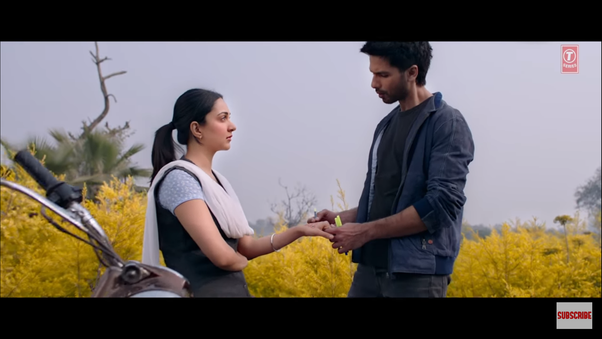 Asks for the topic, Preeti replies- Forearms.. and they go out for the study

And now comes the third day…

Kabir- *sits down* what happened Preeti..??

Kabir looks at her for a moment and then stands up and leaves…. 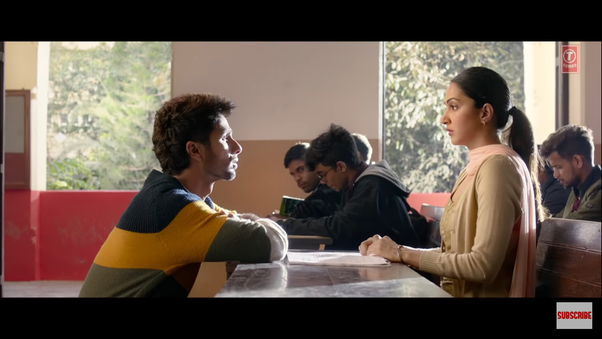 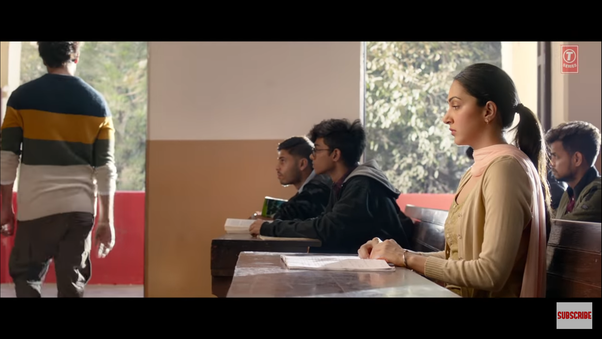 For every session, Kabir used to draw and teach Preeti the part which was to be taught on that particular day's Topic. And on the third day, the topic was Apothorax, which is the region between the Neck and the Diaphragm or your can simply say, the area covering the Chest(in males) and Breasts(in females) and when Preeti replied Apothorax, Kabir understood the reason behind the silence of those 2 seconds when Preeti didn't replied for it at the first time. It didn't took any time for Kabir to understand that it was making Preeti really uncomfortable and even if he wouldn't have drawn anything it was really difficult for Preeti to get up and go with him in front of the whole class.

This level of Direction and too in between an ongoing song really needed the beyond the path preciseness and subtility.

Hats off to SANDEEP VANGA(The director).

And this really was a fascinating detail which was dealt with even more fascinating way.
Last edited: Apr 18, 2020

This was the most toxic unrealistic movie ever.

The whole college listens to Kabir as if he owns the college. He was controlling the entire life of Preeti but she did not mind. He was deciding who she sits with, eats with or studies with. Wouldn't let another guy come near her even as a friend. He bought her into boys hostel in his room and nobody gave a shit. They might as well have married in that room and had a couple of kids in the same room before they completed graduation.

HE USED A KNIFE TO FORCE A WOMAN FOR SEX WHEN SHE SAID NO. THAT'S ATTEMPTED RAPE. The movie glorifies his acts as “badass”.
G

This movie is about a guy who has uncontrollable anger and nobody has been able to control his anger being a top medical student. He does things for a girl which is totally unrealistic and extremely open. The girl seems to be so dumb to accept anything and everything he says and he does. They seem to be madly in love that the scenes are mainly about being intimate without having any meaningful conversation.

The guy and the girl wants to get married but are not able to do so due to family pressure. Families seem little logical here. The guy's family has not been able to control him for any of his actions.

In latter part, psycho has gone crazy after girl has been forcefully married by her parents. He gets into more and more trouble. Family gets little bothered now. There is a happy ending for such a dark story which is unacceptable.

Sad part : the guy never got treated in rehab and was never declared psycho.

Good part : Hero 's acting is awesome so one point for that.

The two star only for acting! It was good.
S

The story is heart touching. The acting of Shahid Kapoor is remarkable. Good sense of humor too in the entire film, which keeps ppl laughing through out the film.

Acting of Shahid was awesome. But the film was not that good. Kiara advani was not given that much of dilouge, in the full movie she seems to be mute one, film was unnecessarly made lengthier. Some scenes which were put unnecessarly. It would have been 2.5 hrs movie. 8.5 stars are too much for the movie.
I

A blight on film making. One of the most retrogressive, uneventful, limp movies to have come in recent times, and totally unsuitable for every kind of gentry. If this is what is popular taste, God be save the Indian film industry. In one of the early scenes, the hero belligerently says to his dean, "I am not a rebel without a cause".. Then who is he...as well asked by the lead actress, one of the most character less female leads to have come across in indian films. Her beauty is so wooden and stoic one wonders what attracts kabir about her. But kabir himself is no apostle...he is a die hard rude, cranky ,boozer, violent, misguided brute with no respect for anybody. He well deserves her in the meaningless proceedings of the purposeless film which fails even in basic entertainment. Shahid has immersed himself in an MCP kabir but the rest if the cast is as interesting as cardboard cutouts. The comedy track sucks and the emotional scenes make you cringe. The music is just as fittingly listless as rest of the film. If bahubali made you fall in love with films, this one will make you grow out of it. Kabir has no angst, no soul, no genuine emotion, no depth, it's all a babble without a cause. Must be skipped to protect the sanctity of film making. One star for the film for making me a rebel with a cause....stand guard against regressive cinema.
O

There is nothing that stands out in this movie.. 8+ rating on IMDB made me go, but next time I will need to check other sites too.

Shahid's Over the Top acting and his dialogue delivery is so bad that it makes you cringe. Aweful direction. Director tried to project Kabir as stubborn and snappy but it only came out as pathetic, misogynistic, physco and girlfriend beater.

Dialogues like PMS one or 'what if we both were Maharajas' are horrible, out of the blue without any link to the scene and cringe worthy.

First kiss between Shahid and Kiara and Shahid saying 'kissi be Nahin dekha', is Kabir sexually assaulting Kiara. Preethi's character is so weak in the movie, its shocking.