Classic Westerns Movie Recommendation: The Tin Star (1957) is worth spending 2hours on it

I watched this one the other night, it was pretty good too. It's not an action packed film...It's a social morality tale wrapped in a melodrama western with a dose of romance along with a few unique for the time ideas. First we have this nice blonde white woman who was married to a Indian (that's native American to you). The Indian husband is dead but described as being a good man who fell victim to racial hostiles. Back in the 1950s interracial marriage in a movie was ground breaking and the subject is handled well in the film too. 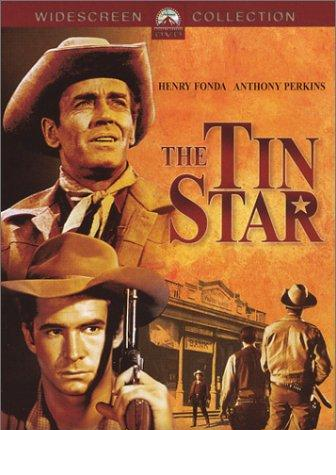 The young Sheriff (Anthony Perkins of Psycho fame) is trying to follow in his father's footsteps as the town's sheriff, but he's green as hell and just as likely to get killed in the next few days. Perkins is real good here, especially when paired with veteran actor Henry Fonda who's a bounty hunter with a secret past. The bounty hunter is the only man who can teach the young sheriff how to survive a gun fight and there's a bad guy in town who just happens to be a hateful racist.

The other interesting thing is, the movie goes into some detail about the finer aspects of gun fighting. That's something I hadn't seen before.
Last edited: Apr 18, 2020

Ballad of Buster Scruggs is my favorite (that you haven’t reviewed).
You must log in or register to reply here.