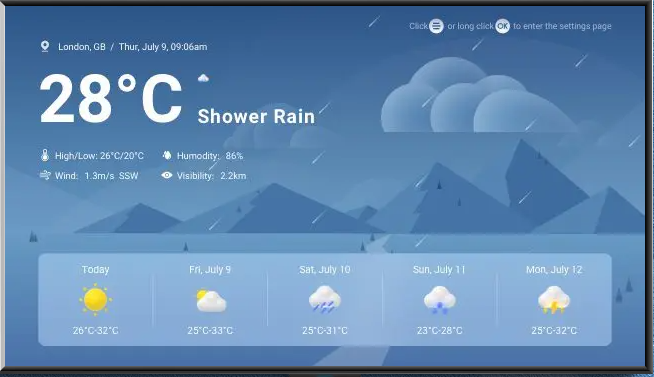 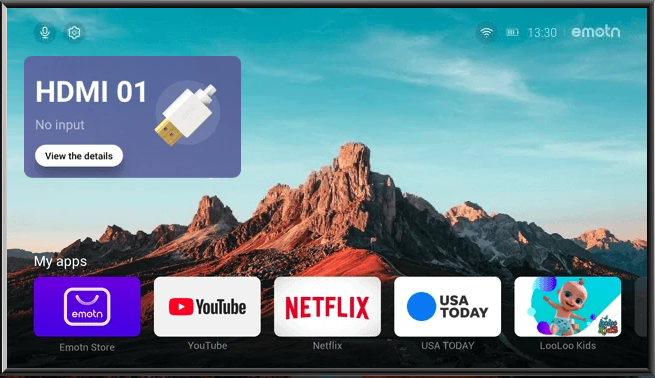 Emotn UI is different from traditional desktop software in that it has a simple desktop instead of complicated interface advertising. In the initial state, the upper left is system Settings and network Settings, and the upper right is clock. The plus sign below can add common software to the current page, which is convenient for daily operation. There is no limit on the number of software to be added.

Emotn UI has the function of the software recommended, as lack of some necessary software device, the user can click to download and install directly, do not need through the UI disk, such as a cumbersome way for software installation operation. In addition, if users want to download other software, they can be downloaded and installed by the Emotn UI built-in Emotn Store application.

Emotn Ul is an excellent desktop software that not only simplifies the desktop, but also features high freedom and low power consumption. When memory usage is high, users can clear the cache with one click to ensure the smooth operation of the device. If users want to use this desktop software, users can download and install it from Emotn UI's official website.
G

Good one! The desktop is very clean and concise!
You must log in or register to reply here.