How to evaluate the animated film "The Devil of Nezha"? Director Dumplings said

Hello everyone, I am dumpling. I didn't expect you to have so much and so serious and pertinent discussions about Xiaonazha, everyone is so talented!
The most recent work is mainly in cooperation with publicity, and face to face many audiences during the road show. Basically everyone will ask me: Why do you want to do? 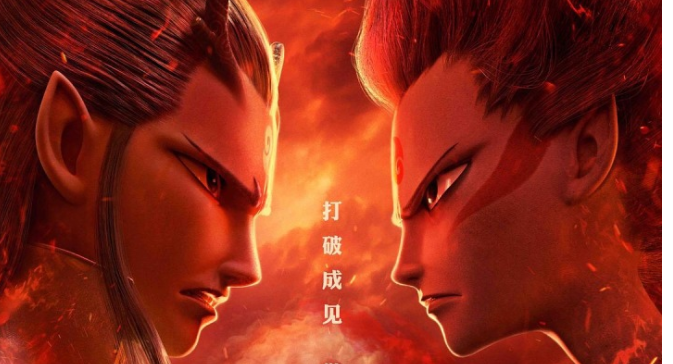 Five years ago, in a small black room in Chengdu Cocoa Bean Studio, I was also thinking about this question: What am I going to do? What values should I pass on? At that time, it had been 14 years since I self-taught animation, and finally I was waiting for an opportunity to do full-length animation.
In the end, I decided to make a film that had a certain relationship with my experience.

I am a very conservative person and have followed the rules since childhood. Although I naturally have a passion for painting, the graffiti covered in the textbooks of history classes in my student days is a witness (because history teachers are the most kind and fooled). But when I applied for college, I still chose to be safe, because my parents work in the hospital, so I applied for the West China Medical University, an iron rice bowl.

But instead of holding the iron rice bowl, I felt sullen, and there was always an unknown fire burning in my heart. Until my junior year, an equally restless student (later a programmer) introduced me to a three-dimensional animation software. After contacting and learning, I found that there was a sense of gradual unblocking of meridians throughout the body.

But after all, I was a self-taught animation student. When I graduated to an animation company to find a job, I was inevitably treated by the other party's colored glasses. I need an opportunity to prove myself. What if the outside world does not provide opportunities, then simply start your own work! Make an animation that shows your strength! So, I started to do "hit, hit a big watermelon".


Unexpectedly, this was done for 3 years and 8 months; unexpectedly, the film won the award and knocked on the door for more opportunities for me (although there is no lack of "deceived" experience), including the founding of Color Strip House Easy people.

Before the color bar house came to me, I was silent for many years on the road to entrepreneurship. Finally waiting for this opportunity, I wanted to make an animation that wanted to break stereotypes . This is a portrayal of my own mind.

Later, I targeted Nezha, why? After we screened, two characters existed in this theme, one was Qi Tian Da Sheng, and the other was Nezha. Dasheng already had a director to do it, so I will do it.

(Here I would like to thank Director Tian Xiaopeng deeply, if there is no "Sage", there will be no "Nezha". The previous survival king of domestic animation is to compress production costs under government subsidies, so creators will have a brain Think hard to reduce costs. But "The Return of the Great Saints" gave me a head start: as long as you "replace your heart with your heart" for the audience, the audience is willing to see good works, and even more forgiving. This also strengthens my belief.

Thus, an ugly, unsightly Nezha was born.
He was born with a fatal destiny, along with the prejudice of those around him.
In the end, through his own efforts, he reversed Chen Tangguan's prejudice against him.
He also influenced Ao Bing, and together the two turned around an unsolved, mortal ending.

The reason for this theme is, on the one hand, this is the release of my own suppression for many years; more importantly, I hope to encourage, hope, warm, and strengthen those who are running on their ideal path.

When watching movies, I felt that Taiyi was so unreliable, why Tianzun had to choose him, he didn't look at Shen Gong Gong. After reading it, I think the reason is probably like this:
One day, Tianzun asked Shen Gonggong to meet alone.
Tianzun: Tu'er, I still have a fairy here. Would you like to come?
Shen Gong Gong: I don't ...
Tianzun: Alas, it really can't be forced to do the act of immortal, I know ~ After speaking, Tianzun escaped into the void.
Shen Gong Gong: I don't ... I won't live up to your expectations!

It's still the old dragon king's eye: you nod next time.
You must log in or register to reply here.